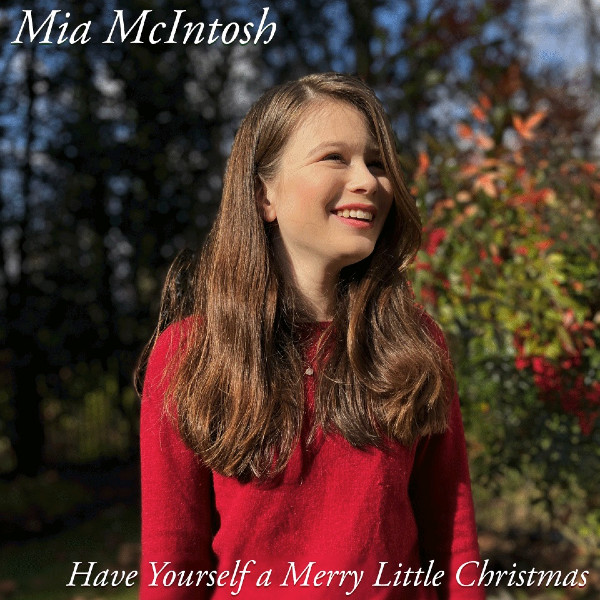 Maryland-based, eighteen-year-old singer-songwriter, producer, and pianist Mia McIntosh drops her version of the Christmas classic “Have Yourself A Merry Little Christmas.”

The holiday song follows on the heels of Mia’s previous single/music video, “Who You Are.” The video for “Who You Are” was shot on vintage Super-8 film, imbuing the visuals with a profound nostalgic aura and depth of emotion.

Produced by Mia and mastered by Justin Pizzoferrato, “Who You Are” merges McIntosh’s original piano performance with the string performance by New York-based violinist Finnegan Shanahan.

Talking about the significance of “Who You Are,” Mia told Girl’s Life, “Love can make people do unexpected things. Human emotions can be so powerful that we do things we wouldn’t really expect from ourselves. Sometimes you love someone so much you grow as a person to be with them.”

Born and raised in Maryland, Mia began writing music and performing early on. Inspired by artists such as Paul Simon and Carole King, as well as modern pop artists like Billie Eilish, Mia utilizes Garageband to create the basic structures of her songs.

Recorded in Brooklyn, New York, “Have Yourself A Merry Little Christmas” features a luxurious orchestral arrangement, giving the tune a traditional Hollywood elegance.

Opening on an evocative cello, “Have Yourself A Merry Little Christmas” flows into a stylish melody dripping with lush strings, infusing the tune with sumptuous textures. Mia’s rich, velvety voice imbues the lyrics with graceful timbres, nuanced and aglow with delicious warmth.

“Through the years we all will be together / If the fates allow / Hang a shining star upon the highest bough / And have yourself a merry little Christmas now.”

Drenched in alluring élan and heartfelt charisma, on her rendition of “Have Yourself A Merry Little Christmas,” Mia McIntosh captures the spirit of Christmas.