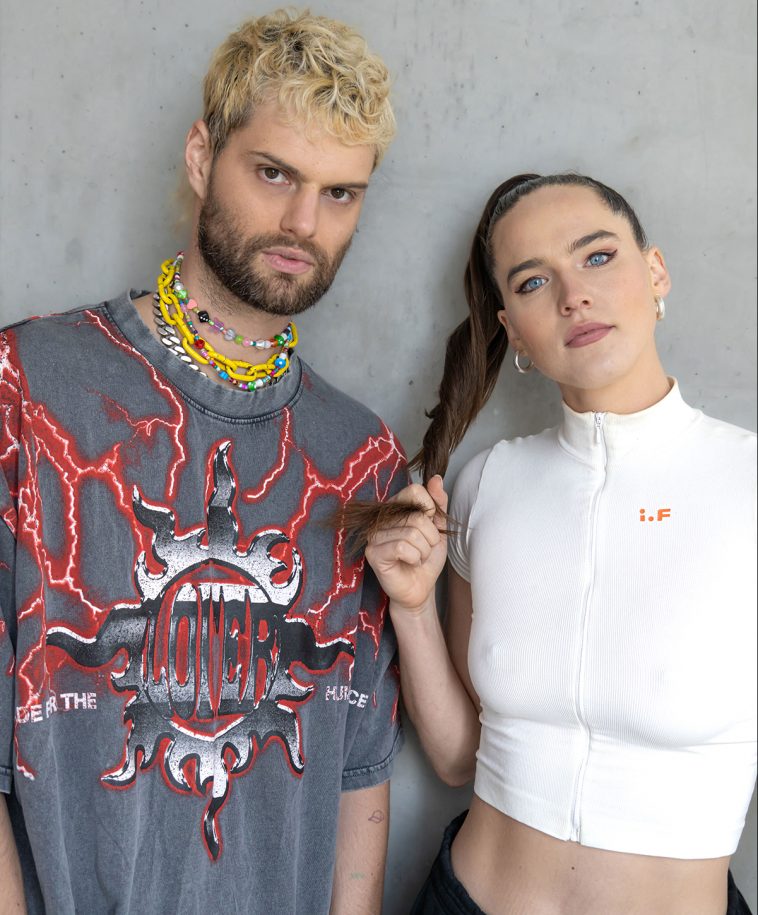 While no one would be able to take away from the beauty of the original version – which has now amassed over 300 million streams on YouTube – Sofi Tukker’s remix of “Chasing Cars” is up there with one the most, delicate covers of a group’s work out there. You’d be remiss to overlook the year Sofi Tukker has had; and what a way to end it with their cover of Snow Patrol’s classic.

“Chasing Cars is a song we both bonded over,” the duo say about the song. “The lyrics couldn’t be more perfect. The two opening notes are iconic. We still can’t believe we even dared to touch it…” it’s such a masterpiece already.”

To coincide with the release of the cover, Sofi Tukker have also been announced as the brand ambassadors and co-owners of Novo Fogo, a rainforest preservation steward and producer of award-winning Brazilian sugarcane spirits and ready-to-drink cocktail.

Speaking on the Novo Fogo project, the duo explain that they had a lot in common with what Novo Fogo stands for: a love for Brazil, fun, and environmentalism.

“Cachaça is Tuck’s favourite drink and Soph doesn’t drink alcohol, but she’s still at the same party… both having the best time,” Sofi Tukker say about their partnership with Novo Fogo. “This partnership works because Novo Fogo is so much more than cachaça and spirits; they are a powerful rainforest preservation steward, and we’re enthusiastic participants in the reforestation project The Un-Endangered Forest.”