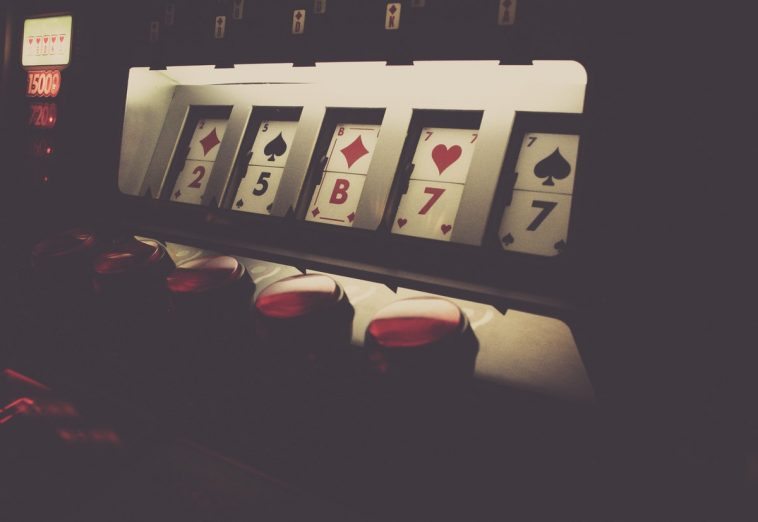 Our brains are wired to recognize familiar faces pretty quickly. Historians believe it’s because differentiating friends from enemies was once a matter of life and death. So, when you meet a friend, family member or celebrity, you feel safe.

Interestingly, feeling safe is also one of the reasons we have favorite grocery stores, shopping websites and restaurants. It’s also the reason hundreds of businesses businesses and lately, online casinos, partner with celebrities for endorsements.

In this article, we’ll describe some of the most famous people who’ve endorsed online casinos in the past five years. Some of them are contracted for the endorsements. Others are promoting iGaming businesses solely because they like to play a few rounds of slots, poker and blackjack.

Hilton Hotels’ heiress Paris Hilton was one of the most famous women in the ‘90s and 2000s. And she’s still popular today. If it was not the case, she wouldn’t have bagged an endorsement deal with popular American online casino—BGO—in 2016.

The reality TV star and socialite became an online casino ambassador two years after winning $50,000 at a Las Vegas casino. Back then, Paris had toured Sin City for a Djeeing gig and also to celebrate her 31st birthday.

When you think about it, athletes like Neymar Jr and Cristiano Ronaldo have many more social media fans than Hollywood stars. And that means they can appeal to a bigger audience—precisely the goal of every online casino.

Neymar Jr has at least 100 million followers on Instagram Twitter and Facebook. So, it’s not surprising that one of the biggest poker sites out there—Poker Stars—used to pay him for endorsements. Amazingly, the Brazilian didn’t have to do much.

All he needed was to post a few tweets and Instagram posts promoting the poker website. Once in a while he would poker tournaments and take selfies with attendees. And for the simple job, he got paid thousands of dollars. Unfortunately, the partnership ended in 2017.

Born in Ontario Canada, Daniel Negreanu is one of the most famous and most successful poker players out there. He has six World Series of Poker (WSOP) bracelets and has won over $42 million throughout his career.

Being an elite poker player, Daniel is constantly the talk of many poker websites. He’s also an advocate of online gambling, having called for the legalization of online poker in the US in April.

Back home, in Canada, playing online casino games is allowed. However, it’s a legal grey area. That’s because the Canadian constitution doesn’t mention online gambling in its laws, meaning it’s not prohibited.

And while Negreanu mainly promotes online poker, the top-rated Canadian online casinos listed here provide a lot more games than just poker. This includes slots, blackjack, roulette, craps, bingo, and any other casino game you could think of.

Frankie’s most iconic victory, though was winning all the seven races at the 1996 British Champions’ Day. The feat turned him into an overnight celebrity and has been famous in the UK since then.

Lately, Frankie races as a freelancer—something that allows him to partner with whomever he wants. For that reason, he also endorses online casinos, especially Ladbrokes, a brand that he also blogs for.

Shane Warne is an Australian cricket legend that retired in 2008 to pursue his dream of becoming a poker player. Soon after kick starting his new career, Shane struck a deal with British gambling giant 888 Holdings to be their ambassador in Australia.

Like Neymar Jr, former Australian national cricket team skipper was paid thousands of dollars for doing nothing more than a few social media posts. He would also attend and participate in poker tournaments held by 888 Poker and allow them to use his photos in adverts.

Shane ultimately ended the endorsement in 2015. But he continues to promote online casinos around the world. He’s also following his poker dream and attends tournaments nearly every year.

What does the world’s fastest man know about online casinos? How to choose websites with fast payouts. Or at least talk about his favorite slot machine—a game named after him. Bolt signed an image copyright deal last year to have Ganapati, a software provider, create an online slot honoring his achievements.

The game is designed pretty much like Frankie Dettori’s Magic 7 slot. It has the image of Bolt all over and revolves around his most victorious races. With one round, you’re cheering Usain to break the 100-meter record at an Olympic Stadium. Next, you want him to lead his four-by-four-team for another gold medal.

Why would any business sign an endorsement deal from an egomaniac? Because Zlatan is not like many Narcissists. Sure, he claims to be god, North and the South, East and the West. But the Swede is still loved by millions of football fans.

And in the business of celebrity endorsements, it’s all about the numbers. If a celebrity has a lot of influence, companies will lineup to seal endorsement deals. Besides, Zlatan’s famous quotes tends to attract and impress people no matter how self-absorbed they might sound.

In 2018, Zlatan took his god-like persona to BetHard as their new ambassador. And within one year, BetHard’s popularity had grown tenfold. Surprisingly, Zlatan didn’t have to send countless tweets all attend events for the bookmakers. A picture of the footballer on BetHard was enough to seal the deal.

If you don’t know who Mike Tyson is, are you even a sports fan? He’s one of the most famous boxers of all time. Recently, he also announced he would make a comeback for a charity match against Roy Jones Jr.

In the meantime, he’s also made a few cameos movies like the Hangover and partnered with online casinos like 7 Red. Additionally, he has a slot machine and a virtual sports game inspired by his legendary boxing skills.