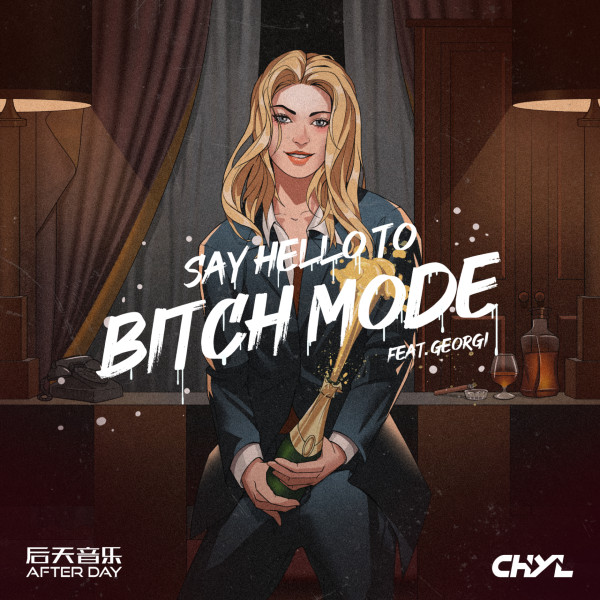 Talking about “Bitch Mode,” Georgi shares, “I was inspired to create the song because I really wanted to make something fun. I consider myself a nocturnal being and music is my outlet. It reminds me of how free I can be. Chyl came to me with this track and immediately I felt it could take the listener on a crazy little journey. I don’t think the song should be taken too seriously, I just wanted to make something that would feel good on a night out. Something that recognizes the “shame” I think some people have on partying. I just see things differently. There’s no reason why people can’t just express themselves and do what they want. I think in this day and age people can be judgmental especially with social media. I jus kinda wanted to make a “fuck it” song. Everyone has their own idea of fun and it’s dope that we can stay true to who we are and own it! That’s “bitch mode” hahaha. I called it bitch mode because I think that’s how people will view it. I think it’s very cool to own your lifestyle, whatever that may be.”

A former investment banker on Wall Street, Chyl worked for Morgan Stanley, where after two years she realized the key to her happiness was music, not money. So she left and jumped into dance music in 2019. Her single, “Boom Boom,” released just a few months ago, is number 15 on Douyin (Chinese TikTok). Chyl’s sound merges bass house, electro, and new-age tech house into dazzling contagious, sonic potions.

According to Chyl, “There are many feminist songs in the pop world, but not enough in the electronic music realm.”

“Bitch Mode” opens on a galvanizing rhythm topped by surging colors and a heavy bassline. Georgi’s valley girl-inflected voice imbues the lyrics with stylish femme fatale tones, while the rumbling leitmotifs slide along underneath.