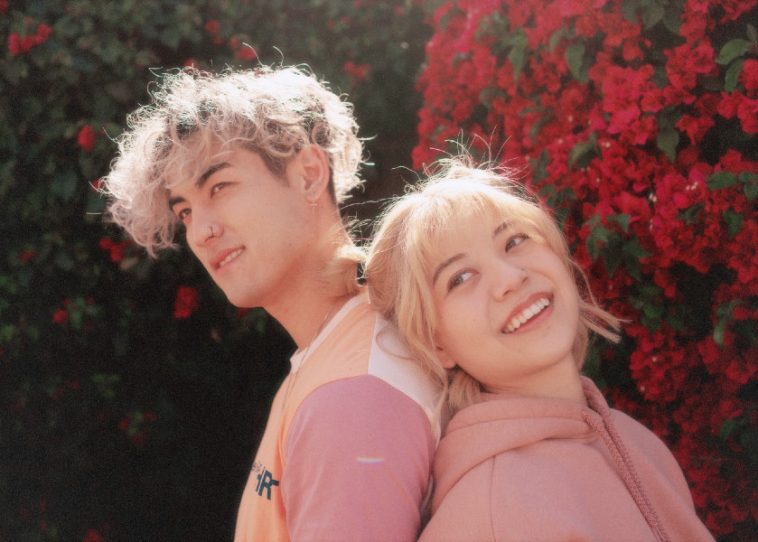 Indie-pop duo Your Crush introduces their brand-new single, Candlelight,” a track lifted from their forthcoming EP, Strawberry Sheets, slated for release on March 25.

Made up of Hawai’i natives Yan and Kahn, both Asian-Americans, the twosome first met on a film set in Oahu, Hawai’i, and connected because of their mutual love for pop music, unlike most of the local islanders who favor reggae and jawaiian music.

Later, providence intervened to bring them back together in Los Angeles, where, in keeping with their film industry backgrounds, they conveyed their passion for “storytelling in all forms” into their music.

Releasing their first single, “London Eyes,” last year, the song amassed more than 200,000 Spotify streams and was followed by “Didn’t Know Better” and “Crying.” Your Crush’s sound “falls into the alternative pop genre…specifically soft pop,” and reveals a safe place where the pains of betrayal, loss, and heartache are tempered.

Citing influences such as The 1975, Death Cab for Cutie, and Taylor Swift, Your Crush has produced and written songs for R&B and pop artists like Tinashe, Jeremih, and Ty Dolla $ign.

“Candlelight” opens on gentle, glistening guitars and an iridescent piano riding a mid-tempo rhythm, at once mellow and potent. Creamy layers of lush harmonics imbue the tune with dream-like textures and indulgent hues.

As if floating on mild breezes rife with misty tendrils, “Candlelight” provides listeners with opulent washes of softly glowing warmth.