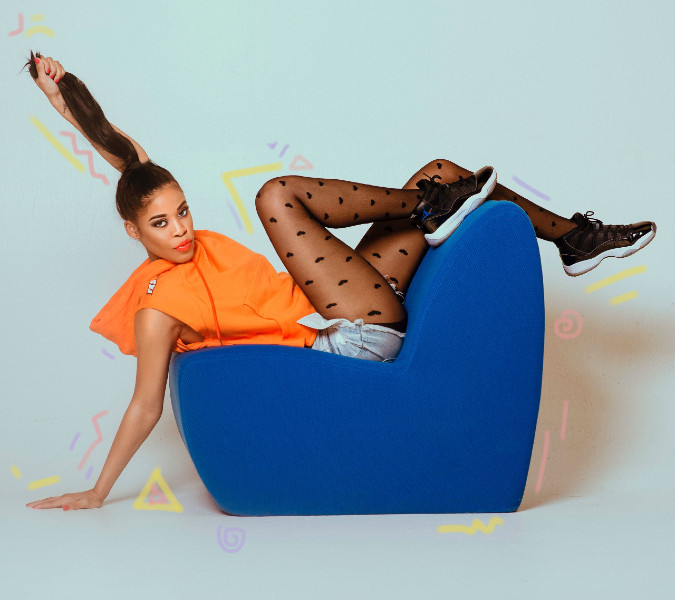 Speaking about the song, Amber Renee shares,“‘Like Home’ is about me being the ‘home’ for my exes even while they have been ‘outside’ talking to other people or in other relationships. It’s a song about knowing you are the person your exes want to get back together with and feel the most at home with, basically you are ‘the one that got away’ in their lives. I know a lot of women and even men can relate to this song and feel that he or she is the best in every aspect.”

Even as a child, Amber Renee was fearless, wanting to showcase her talents, including plays, sports, and singing. Later, she became a record-setting Division 1 basketball player, followed by returning to her love for music.

In 2017, she released “Through to You,” which collected more than 100,000 YouTube views in a few days. In 2019, she dropped her scintillating EP, Unfold, featuring “Never Drink Again” with Grammy-winner T-Pain. Since then, she’s released a series of hit songs such as “Here We Go Again,” “Say What,” and “Love Come Down.”

“Like Home” opens on a pulsating rhythm topped by Amber Renee’s delicious voice, simultaneously sultry and seductive. Blending hints of pop with potent textures of alluring R&B, the harmonics flow and undulated on luscious waves of sound.

Radiant vocal harmonies give the tune tasty depth and dimension, while at the same time highlighting the crème de la crème voice of Amber Renee, rife with lush nuances and a melodic rapping flow.

The video depicts Amber Renee at home, where she displays her remarkable dance moves, infusing the visuals with voluptuous images.

Amber Renee has it going on! “Like Home” thrums with an enticing rhythm, plush harmonies, and the scrummy, tantalizing voice of Amber Renee.