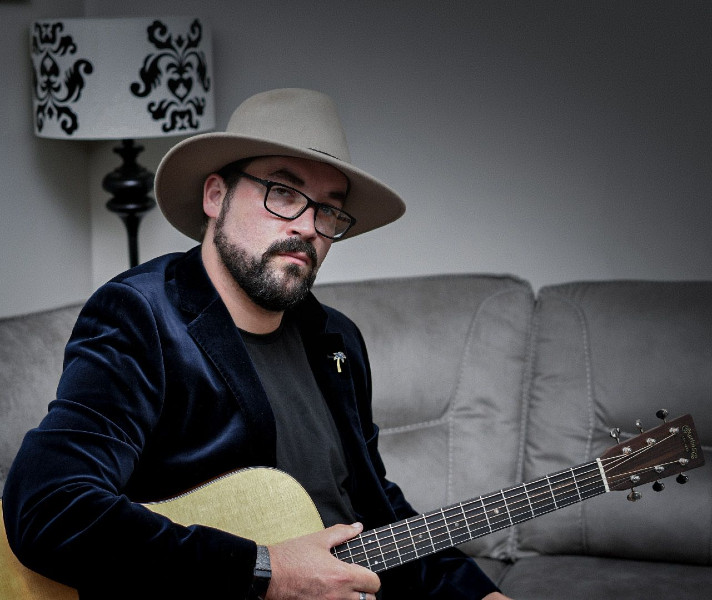 New Zealand singer-songwriter Arun O’Connor introduces his brand-new single/music video “Star of Your Own Show,” a track from his upcoming debut album, Songs From The Reading Room, slated to drop on April 22.

He goes on to add, “I wrote it to say that no matter how small or insignificant you think you are, there’s always someone out there who thinks you are their world. You are the star of the show, the main character and you are everything to that someone. When you think you’re not enough and want to hide away, someone thinks you’re perfect and their spotlight shines on you. You give someone else a reason to smile and be happy.”

Along with being part of Small Feet and an in-demand session and touring musician and musical director for New Zealand country stars Jody Direen, Kayla Mahon, Susanne Prentice, The Heartleys, and Tom Sharplin, O’Connor was nominated three times for Southland Entertainer of the Year, won the 2018 Southland Musician of the Year Award, and took home multiple awards at the 2018 Gold Guitar Awards, including Senior Male Vocal. Winning the latter category included the opportunity to record a single and lyric video in Nashville with producer Jay Tooke.

“Star of Your Own Show” opens on a thick, vibrating bassline and crunching percussion topped by gleaming, cashmere textures of a country-laced melody. O’Connor’s voice, evocative and deliciously inflected, imbues the lyrics with a range of nuanced, luscious drawling colors, from a dazzling falsetto to velvety melodic tones.

With an alluring rhythm, layers of rippling leitmotifs, and Arun O’Connor’s crème de la crème voice, “Star of Your Own Show” is superb.