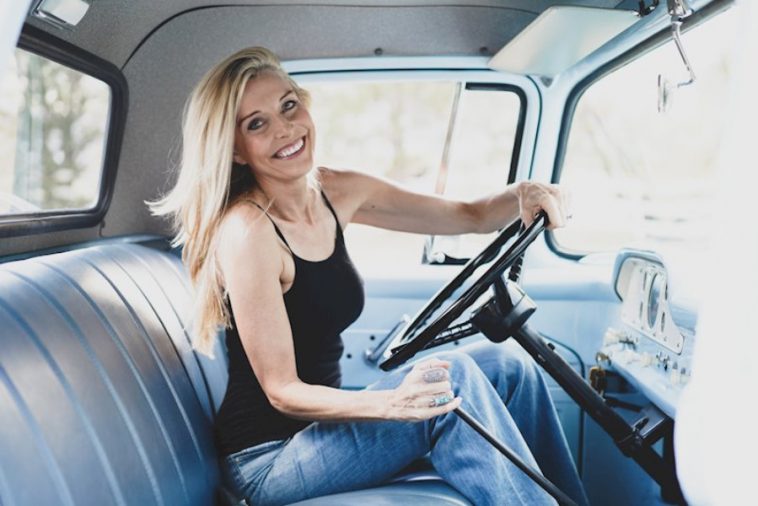 Denver, Colorado-based blues-rock singer-songwriter Cass Clayton introduces the music video, “We’re All Going Down,” a song about the hypocrisy of self-righteous goodie-two-shoes.

Cass explains, “In ‘We’re All Going Down’ I’m broaching a tough subject, and I have some concerns about the backlash. I don’t ever write something to be controversial, but it seems like I find interest in things that we’re not supposed to talk about. I wanted to write a song about false authority because it’s a huge issue in the world. I have this huge part of me that won’t go along with the status quo, so this is close to home for me. But the song is also about taking a hard look at our own dark side and not hiding from it.”

She continues, “I grew up going to my grandma’s Baptist church every week, but my dad would have nothing to do with it. It was a hellfire and brimstone kind of message each week, and Dad was a partier and exactly what the church preached against. But ironically, even though he was an alcoholic, he’s still one of the most ethical people I’ve ever met and has a huge, loving heart. The judgment the church dished out has always been under my skin, so this song got it out once and for all!”

In 2018, Cass Clayton and her band dropped their self-titled album, which was awarded the Colorado Blues Society’s Album of the Year. The following year, Cass released Play Nice, taking over the top spot on Roots Music Report’s Top 50 R&B Album chart, as well as reaching #1 on the Top 50 Colorado Album chart in 2020.

“We’re All Going Down” rolls out on sleazy blues guitars, followed by dripping keyboards, and a measured rhythm. Cass’s sensuous, crème de la crème vocals imbue the lyrics with luscious, swanky tones. An impressive guitar injects dazzling accents, while the oozing bray of the organ gives the tune secretive flavors.

The video, produced by Matt Abraxas of New Focus Films, depicts Cass and the band in the studio recording, with shifts to a Bible-thumping priest staggering through town, taking nips from his pocket flask.