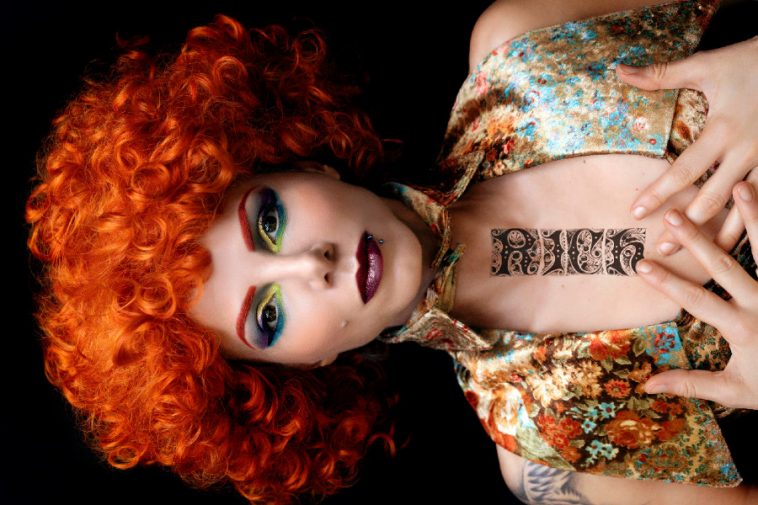 Cyvella explains Rich, “The EP is built upon double-entendres. It sometimes reflects the complexity of womanhood and what it means to be a woman in the modern age. There are masked secret desires; dominance is juxtaposed with submissiveness; pain and sorrow are married with folly and a hopeful sense of humor.”

From Greece, Angelides fronted Hi-5, the platinum-selling pop band. A graduate of the Royal Academy of Music in London, she’s appeared on London’s West End, as well as writing and performing with international metal bands, including Ascending Dawn, her prog-rock band. In New York, she’s performed Shakespeare, musicals, and voiceovers, and fronts the female band Lez Zeppelin.

As Cyvella, Angelides “incorporates all the thoughts I have never expressed over the years. I have a strange relationship with my deep and passionate desires, and they have always tortured me.”

Talking about “Soul Defy,” she shares, “Light and dark…the voices inside that speak to you, that both empower and doubt…Soul Defy in both sound and visuals reflects that status quo. Written when I first moved to the US, this song was the central song for the EP overall sound.”