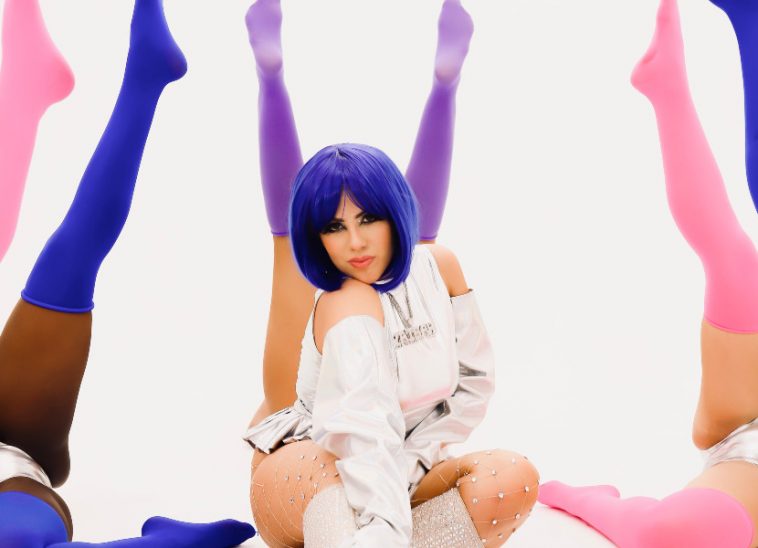 Los Angeles-based Zairah, the “La Madrina of Pari Rap (The Godmother of Party Rap), teams up with Latin Grammy winner King DouDou on “Guaya,” which means to grind slowwwly.

Talking about the music video, Zairah shares,“One of the main themes of the video was body positivity. It took a negative experience with the editing process for me to realize that. One of my favorite scenes was the one where the camera is doing a 360° turn and I had asked the original editor to include it, but he had cut it out. And when I asked him about it, he said ‘your booty didn’t look good, so I didn’t use it.’ I can’t tell you how many times I rewatched that scene and felt so sexy but so angry. I love my naturally stretch-marked, cellulite body, a major contrast to the glossed-over photoshop perfection we’re used to seeing in Reggaeton music videos and on social media nowadays. I don’t want to fix a thing. I never want to work with someone who talks women down like that either, so I decided to take on the editing myself and this became the first music video I’ve ever edited. And I made sure to drop that scene in there.”

She goes on, adding, “After a last-minute no-show, one of our friends, Chris, stepped up and showed OUT too so he really became the star of the music video. I thought he was gonna look at me crazy when I asked him to have the girls rub his body up with oil, but he killed his performance. We didn’t even have to direct him on dancing, he was just feeling himself and shined in his moment. His dance moves were the perfect representation of “Guaya.” It’s big boy szn baby. Big guys are sexy and it’s their time to shine.”

A Latin tour de force, Zairah has released multiple records via The Orchard, had her music premiered by Diplo on Major Lazer’s live stream, and been featured on Starz and Amazon Prime, along with performing at EDC, Insomniac Middlelands Fest, Red Bull EEUU de Bass, and the Lost Horizon VR stage at Glastonbury Festival. She’s also the face of Hornitos Tequila’s “A Shot Worth Taking” campaign, which amassed more than 2 million views on YouTube.