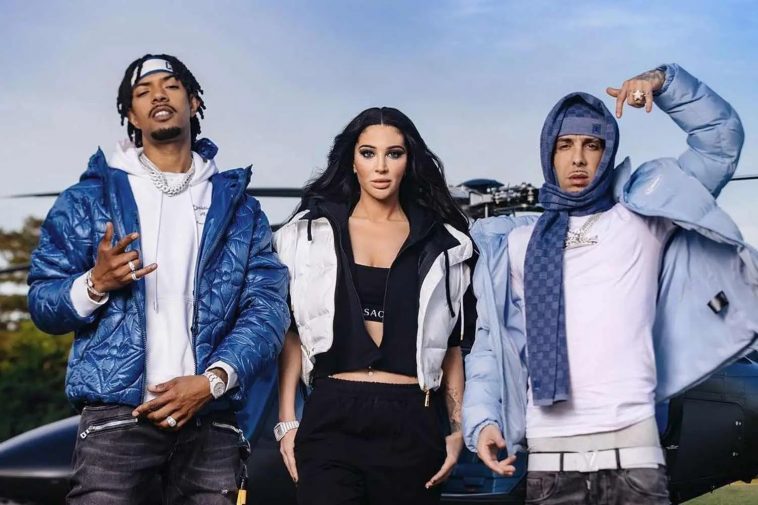 Fresh from the news that they are to reunite for an extra special U.K. arena tour later in the year, N-Dubz have today (June 10th) delighted fans further with the unveiling of the music video for their new single ‘Charmer’.

Co-written by the trio, along with Rymez (Stefflon Don, D Block Europe, Adekunle Gold), the track is described as being “instantly recognisable N-Dubz” that incorporates elements of the ubiquitous, far-reaching sound that first made them stars in the late 2000’s.

Watch the official music video for ‘Charmer’ below:

Set to take place this coming November and December, N-Dubz ‘The Back To The Future Tour’ will see Tulisa, Dappy and Fazer visit some of the countries biggest cities, in what will be their first run of lives dates since 2011’s ‘Love.Live.Life Tour’ in support of their third studio album of the same name.

Scheduled to kick off Monday November 7th in Newcastle before finishing at London’s O2 Arena on Tuesday December 6th, initial dates for the tour sold out in minutes with several additional dates being added, again selling out immediately. So far the trio have sold over 230,000 tickets and counting…

‘Charmer’ is available to download / stream now. Tickets for N-Dubz’s ‘Back To The Future’ tour are on-sale here.

Let us know your thoughts on N-Dubz over on Twitter @CelebMix now!