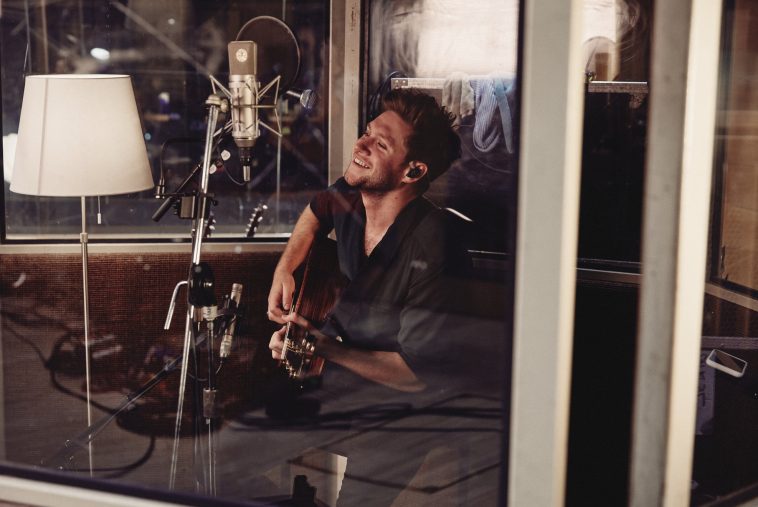 Niall Horan has teamed up with his label mate FLETCHER to record a cover of Taylor Swift’s ‘Lover’ as part of his latest Spotify Singles release.

Recorded at AIR Studios, the pair have put their own spin on the beautiful ‘Lover’, whilst Niall also recorded a new version of his breezy anthem ‘No Judgement’, taken from his forthcoming album Heartbreak Weather.

Speaking about the cover, Niall said: “I always love being asked to get involved in the Spotify Singles sessions. It’s nice to get out of the comfort zone and try something different. When it came to deciding what song I was going to do, there was only one option for me.  ‘Lover’ is one of my favourite songs I’ve heard in a long time and Taylor is a good friend.  Let’s hope she likes it.”

There was no need for Niall to worry, as Taylor later shared her approval of the cover on her Instagram stories. Sharing the cover with her 127 million followers, Taylor tagged Niall and FLETCHER stating, “This is absolutely STUNNING! Love you guys”.

This is the second time that Niall has released a Spotify Singles collection, making him the first artist to ever do so. His previous one was back in 2017, with the Irish star recording versions of ‘Too Much To Ask’ and ‘Fool’s Gold’.

There are currently over 500 Spotify Singles recordings from more than 250 artists. You can check out the full collection to date below.

Niall’s new album Heartbreak Weather is due for release this week, on March 13. The album will be supported by a huge tour which kicks off in Nashville on April 20.

What did you think of Niall Horan and FLETCHER’s cover of ‘Lover’? Let us know on Twitter @CelebMix