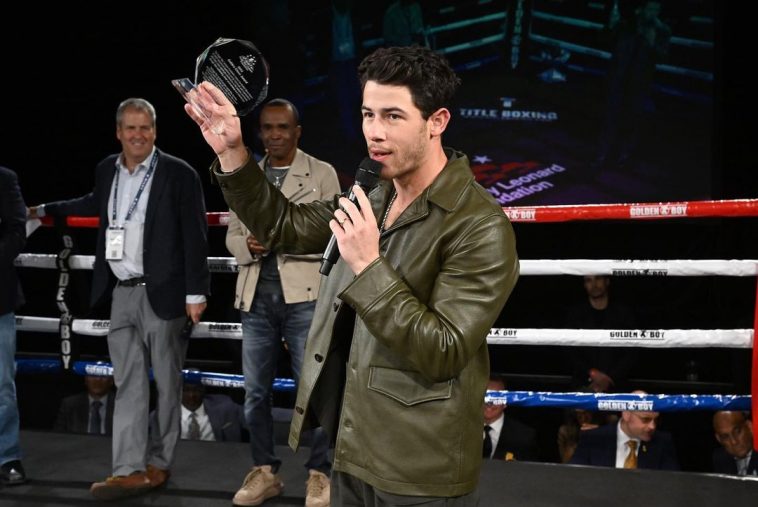 Nick Jonas revealed more about their journey to parenthood with Priyanka Chopra, appearing at a charity boxing match at the Beverly Hilton Hotel. He was there to receive a Golden Glove for his positive influence in bringing more awareness to diabetes, which he also has.

The singer of ‘This is Heaven’ suggested there were bumps in the road, but this seems to have made the arrival of the baby even sweeter.

The new Jonas on the block, Malti Marie, was born in December and has spent more than 100 days in the NICU (Neonatal Intensive Care Unit). The cause of her time in the unit is unknown, but thankfully she is doing well now.

She arrived via a surrogate in January – a choice supposedly made by the couple due to their busy schedules. Some sources say it was difficult to find a time when Priyanka was ovulating and they were in the same location.

Nick told Today in mid-May that “Life is beautiful. […] She’s a gift and we’re just so blessed that she’s back.”

Now, Nick has opened up a bit more about his maturing perspective on life as a dad. He made references to the Texas shooting, claiming that it hits differently now that he has a child.

Everything does, he said: “The weight of everything is much more intense. I think it’s now about trying to be as present as possible and as thoughtful as you can be for your family, but also other people’s journeys.”

His statements came one day after the shooting, which was clearly on Nick’s mind. He emphasized that “As a father, as an uncle, I can’t not think about the kids and all the lives that were lost…”

Nick’s schedule doesn’t seem to be getting any freer, despite becoming a dad – he is due to appear in a few shows in Vegas in June with the Jonas Brothers. Finding time to spend with his beautiful daughter will most likely be Nick’s next daddy challenge.

Michael Peres (Mikey Peres) is the founder of various media and tech startups, and a contributing writer for Celeb Mix where he features entrepreneurs, celebrities, and artists.