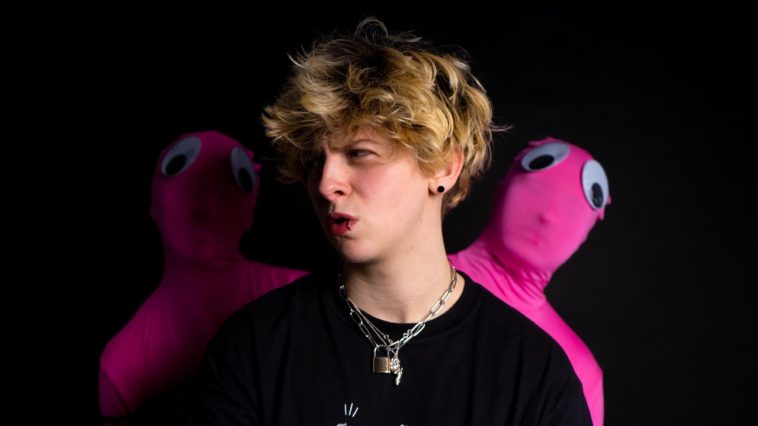 Rising, rule-breaking recording artist NOAHFINNCE drops his first song and video of 2022 this week, in the form of WORMS (In My Brain) – a powerful, pop/punk inspired track that sees the KICKIN TRASH singer attempt to make peace with his past.

Released via Hopeless Records, and produced by Thomas Mitchener (The Futureheads, Gallows), the single sees 22-year-old Noah team up with previous collaborator ST£FAN (The Midnight Beast) and emerging pop rock artist RØRY to produce an infectious empowering anthem that looks set to win the younger performer of legion of new fans who all find themselves finding their voice in today’s often confusing, and ever changing world.

Commenting on the single, NOAHFINNCE says: “I’m SUPER EXCITED for everybody to hear my first song of 2022! I wrote ‘WORMS’ about my first therapy session. In that session I realised that I was still being affected by things that happened to me over 10 years ago so I decided to write a quirky little song about it!”

NOAHFINNCE, real name Noah Adams, is fast becoming a rousing voice for a new generation of young people who have grown tired, and feel fed up of being told how to be!

Famous for his alternative/rock/pop bops, including LIFE’S A BIT, Asthma Attack, Underachiever and STUPID, the uber talent performer (Adams not only writes and sings, but also plays drums, guitar, bass, ukulele) has over 740,000 subscribers on his YouTube channel and has picked up over 61 million views across all his videos.

As a trans man, who voices his own “alternative and no-nonsense” take on LGBTQ+ issues on his YouTube and socials, Noah is on a mission to flip off tradition, and any roles that society expects him to fulfil, and instead continues to champion authenticity and self-expression.

Keen to spread his message to as many people as possible, NOAHFINNCE is set to embark on his own headline tour this May, playing shows in Birmingham, Oxford, Manchester, Leeds, Glasgow, Nottingham, Cardiff and London.

WORMS (In My Brain) is available to download / stream now.

Let us know your thoughts on NOAHFINNCE over on Twitter @CelebMix now!