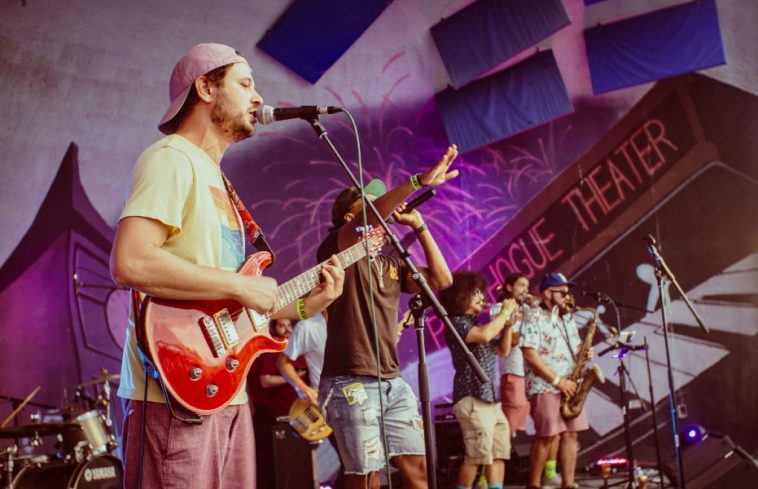 Five years after their debut full-length Dabble Heavy, Nonstop to Cairo is set to drop their sophomore offering KAI, showcasing the Long Island outfit’s irresistible sound. After years of tearing the roof off of joints with their electrifying live show, KAI captures Nonstop to Cairo’s irrepressible onstage energy while also adding touches of polish, resulting in a listening experience that’s as charismatic as it is invigorating.

KAI sees Nonstop to Cairo flowing effortlessly from the pop-punk flavors of “Awkward Situation” to the glossy reggae of “Throw It Away” to the jazz-flavored funk of “Pope Funk” to the classic rock feel of “Hand of Fate” to the unctuous blues savors of “Not Today.”

The brainchild of frontman August Harris and guitarist Nick Diamond, Nonstop to Cairo’s story began in the early 2000s. After moving from Brooklyn to Long Island, Harris collected his skateboard and rolled out to scope out the area. Entering a cul de sac, he saw a group of skateboarders in front of a house – the house of Nick Diamond. One thing led to another and Nonstop to Cairo was formed.

The video, directed and edited by James Morano, shot with a fish-eye lens, giving the visuals askew angularity, depicts the band in a room pumping out ferocious music with gusto. Their level of energy is off-the-charts colossal.

Nonstop to Cairo has it going on! “Awkward Situations” throbs with blistering pop-punk momentum, pulling in listeners with its sonic oomph.