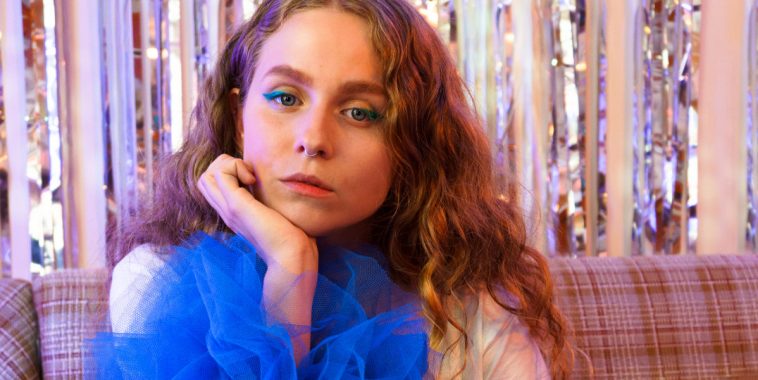 Norwegian electro-pop singer-songwriter Moyka releases her new single/music video, “Illusion,” a song about falling for someone whose public image disguises their deceit. “Illusion” provides an appetizer for Moyka’s upcoming debut album, The Revelations of Love, slated to drop October 22 via Snafu Records.

Moyka shares, “When I have a crush I tend to daydream and make up stories in my mind about meeting and being around the person that I like. In this song, I wake up from the daydream to only find it was an illusion. Sometimes love happens like that. It’s quite naive, but that’s what makes me love it so much.”

Born in southern Norway, Moyka began crafting songs when she was ten years old, followed by studying music production in Bergen, where her unique sound began to evolve. In 2019, she released her debut EP, Circles, followed by her sophomore EP, Spaces, in 2020. A series of 2021 singles – “Stay,” “December (I Never Learn),” and “I Don’t Wanna Hold On” – received vast acclaim in Sweden and Germany, along with inclusion in the Top 10 of Spotify’s ‘New Music Friday Norway.’

Compelled by her passion and intimate vulnerability, Moyka says, “As a person who feels a lot intensely, it’s hard to not feel overwhelmed by everything. One thing that kind of woke up the flame in me again was music that reminded me that there is hope to feel good again. To feel love again. Everything shifts so rapidly and sometimes I lose track of where I’m going. Music helped me get back again.”

Because of her unique sound and delicious, nuanced voice, CelebMix spoke with Moyka to find out more about how she got started in music, her influences, and her songwriting process.

What inspired your new single, “Illusion”?

It’s inspired by the feeling of having a crush on someone. I get really inspired by words and had for a long time carried the word “Illusion” with me because I think it’s a word that both sounds and looks cool and holds a lot of meaning. I brought it into the studio and slowly this scenario started to play like a movie inside my head.

I’ve always sung and loved to create, so it kind of gradually happened. I found out more and more that writing songs and producing was my “thing” and figured I had to move to the city to study it and be around people who had it as their passion as well.

That’s when I started my artist project.

Which singers/musicians influenced you the most?

That’s a super hard question to answer because there is so much music I feel like I carry with me all the time from artists and bands I adore. But to answer with a few: Lykke Li, Robyn, Röyksopp, and Lorde.

Did your sound evolve naturally, or did you push it deliberately in a certain direction?

It’s a good mix between those two, I would say. At some point, you just have to make choices that will, either way, push your sound in some way or another. But it’s been a lot of experimenting in the production process that has helped me create the sound that I want.

I like to write with pen and paper when I write songs. It just makes me feel more free, I don’t know why.

Ur Monarch, iris, and Ary. All from Norway.

You will be releasing your debut album soon. What can you share about the album?

Yes, I am super excited to finally share it with the world. It took some time to finish it, but I am very happy with how it turned out. The album is set up as a story from the start to the end about different situations you could find yourself in when you’re experiencing love. It’s both personal and fictional stories about intense feelings of happiness, joy and heartbreak, and bitterness.