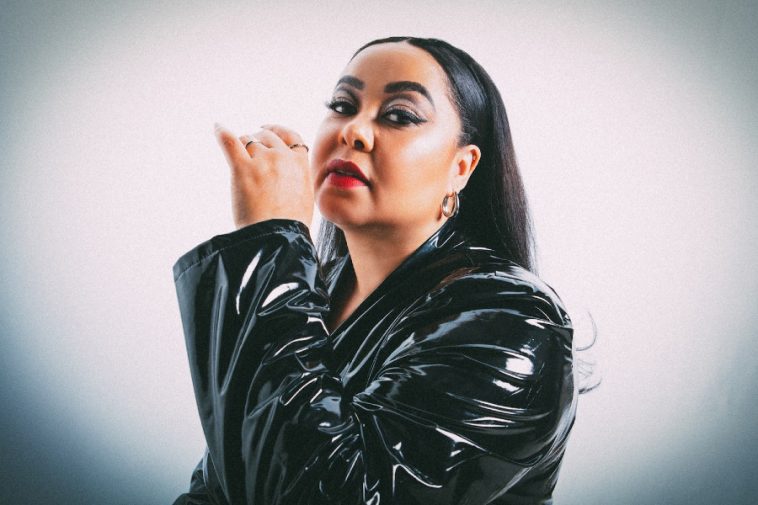 Soul-pop singer Nuela Charles recently released her self-titled album, produced and mixed by Los Angeles-based Matt Parad (Selah Sue, William Joseph Cook), and represents a change for Nuela in terms of both how she views herself and the creative process.

Nuela explains, “When I approach an album, I want it to be a complete body of work. Everyone, especially recently, has needed affirmation,” including herself, she adds, a way of reminding herself to “be proud of my accomplishments, instead of letting the inside or outside voices deter me or try to convince me otherwise.”

Talking about the album’s focus track, Nuela shares, “‘Heavy’ like most of the songs on the album, started out as a voice memo. This time I was staying at my grandparents’ horse farm. I was in my room in the basement just thinking about certain situations in my life and even though they felt like I’d never get through them, something in my head just said – it’s gonna get heavy sometimes, but then we’ll get to the good part. I quickly looped a 4-chord piano progression on my laptop and the rest flowed out. I actually think this was one of the first ones I brought to Matt (Parad) at the beginning of summer 2021 when we started working on this project, and it really fueled the rest of the songs and the direction of the rest of the songs.”

Born in Kenya, and raised in Switzerland, Canada, and the Bahamas, Nuela’s music is infused with her multicultural upbringing, giving a fresh and diverse flair to her sound.

Along with sharing the stage with artists such as Sam Roberts Band, Jann Arden, and Stars, Nuela is set to perform at Supercrawl Festival in Hamilton, Canada, Reeperbahn Festival in Hamburg, Germany, and Breakout West in Calgary, Canada. In addition to three JUNO nominations, Nuela’s music has placements on Jane the Virgin and Tiny Pretty Things.

“Heavy” rolls out on a thumping kick drum topped by a piano and Nuela’s wonderfully evocative vocals, dripping with dark textures and luscious tonal nuances. Melancholic yet subtlely optimistic, the shaded leitmotifs, along with tasty harmonies, imbue the tune with beguiling, residual energy.

Highlights include “Worthy,” a creamy, undulating soul song brimming with sighing harmonies, and the creme de la crème voice of Nuela – velvety and smooth as silk. While the portentous savors of “Don’t Get It” would fit perfectly in a James Bond movie because of its tangs of simmering riskiness.

A personal favorite, “Top of the World” rolls out on a scrummy soul-pop melody atop a slinky rhythm as Nuela’s dazzling voice infuses the lyrics with plush tones.