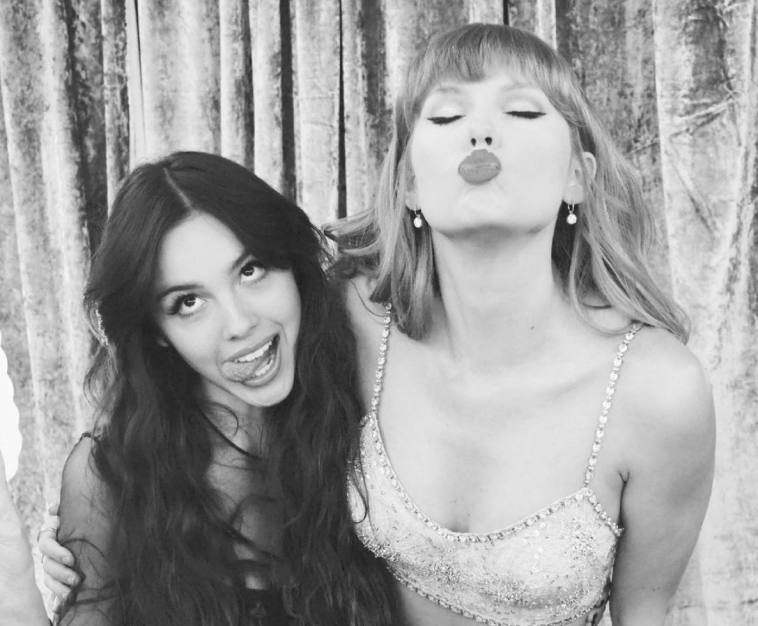 According to Billboard, the “Good 4 U” singer broke the record for most songs by a woman in the Top 10 at one time. Rodrigo has 8 songs currently on Billboard’s Streaming Songs chart while Swift previously held the record with 6 songs in August of 2020. At only 18 years old, she holds the spot for third-most simultaneous top 10s in the chart’s history next to Lil Uzi Vert, Post Malone and a few others.

Drake and J. Cole are the only other artists that Rodrigo will have to surpass in this area of mass success. Both artists have had 9 simultaneous songs in the charts at one time, only one song ahead of the young star.

Lucky for fans, there definitely doesn’t seem to be any hard feelings here. It appears that Swift is both a mentor and idol to Olivia Rodrigo. The pair finally met at the Brit Awards this year and Rodrigo interpolates Swift’s “New Year’s Day” on “‘1 Step Forward, 3 Steps Back” featured on her debut album SOUR.

The viral and internationally loved singer-songwriter may be crowned the queen of streaming this year. Her smash hit “drivers license” has surpassed 800 million streams on Spotify alone in less than a year. “Good 4 U,” a fan-favorite off of SOUR, is now at nearly 200 million streams on Spotify less than a month after its release. The track received 84,131,760 global Spotify plays during the May 21-27 tracking period according to reports.

SOUR has been named the biggest album debut of 2021 so far. It debuted at No. 1 on Billboard 200 and Rolling Stones’ Top 200 Albums. With two No. 1s, “Drivers License” and “Good 4 U,” on the Hot 100 singles chart, this has been a massive record-breaking year for Rodrigo already. Now it’s time to see what’s next for this new superstar.