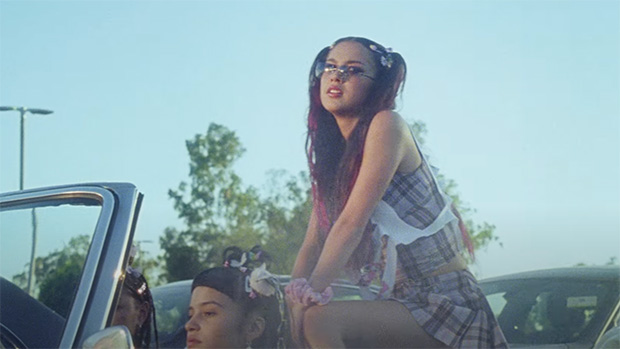 God, it’s brutal out here! Olivia Rodrigo released the music video for her latest single, “Brutal,” on Monday, August 23. The song was a fan-favorite off her debut album, SOUR. The teenage angst did not stop in the video either.

Teaming up again with Petra Collins, who also directed “Good 4 U,” Rodrigo displays that even though it might look like glitz and glam, adulthood can be brutal. She is depicted as a social media influencer with the name, ‘spicypiscesnyc,’ an angsty teen being dragged around a mall by her two friends and crying at school and an orange-haired pop star being pushed around and told what to do.

The music video has already earned over 1 million views after only being released for a few hours. She is adorned in facial animations and stickers, which resembles the cover of her album, showing how she is still a kid at heart.

Many fans thought “Brutal” would be the next single after the High School Musical: The Musical: The Series star teased it on her Instagram.

SOUR was the biggest debut of the year, with over 300,000 first week units. It debuted at number one on the Billboard 200 chart whilst he first three singles became top 10 hits on the Billboard Hot 100. Rodrigo is just starting out in her career and has a lot to live up to.

She is set to perform at the MTV VMAs on September 12, where she is nominated in five categories including Best New Artist and Best Pop. She will most likely perform “Brutal.” This is her first time being nominated and performing.

The music video comes just days after the 18-year-old released her album on vinyl, which is sold out almost everywhere.

What do you think of the ‘Brutal’ music video? Let us know on Twitter at @CelebMix.