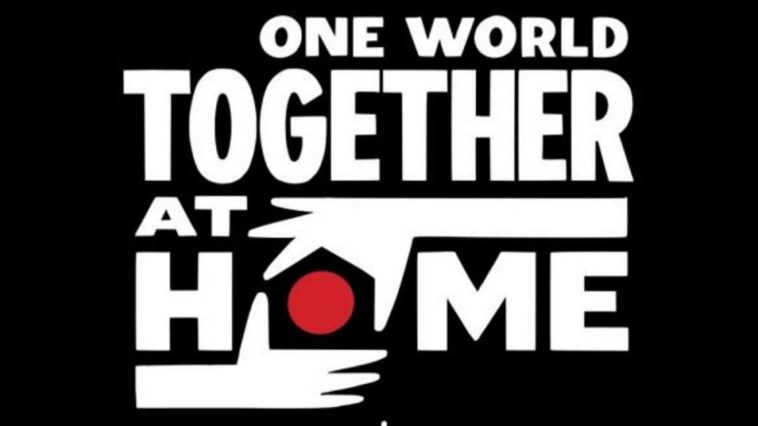 As the COVID-19 coronavirus pandemic continues to force people apart, Global Citizen is using the power of music and advocacy to bring people together with One World: Together At Home.

Announced on April 6, One World: Together At Home is a global special curated in collaboration with Lady Gaga, premiering Saturday, April 18, in celebration and support of health care workers and the COVID-19 Solidarity Response Fund for the World Health Organization (WHO).

“We are grateful to the private sector who have listened to the public’s call for action and come together to support the global response to COVID19. This pandemic is too large for governments to tackle alone,” said Hugh Evans, co-founder and CEO of Global Citizen.

“We are also incredibly grateful for the continued support from the artist community to make One World: Together At Home a moment of global unity,” Evans said. “Our hope for the special is that everyone will come away believing that we, as a shared humanity, can emerge from this moment forever grateful for the work of doctors, nurses, teachers, grocery store workers, and all those who are the backbone of our communities.”

One World: Together At Home will be broadcast on Saturday at 5 p.m. PDT/8 p.m. EDT, appearing on ABC, NBC, ViacomCBS Networks, The CW, iHeartMedia, and Bell Media networks and platforms in Canada. Internationally, BBC One will run the program in the UK on Sunday, April 19, from 7 p.m. to 9 p.m. BST. Additional international broadcasters include AXS TV, beIN Media Group, IMDb, MultiChoice Group, and RTE.

Commitments from One World: Together At Home partners will go toward resources for frontline health workers, as well as local organizations working to provide food, shelter, and health care to people in need during this pandemic.

One World: Together At Home is part of our campaign launched in March in support of the WHO’s COVID-19 Solidarity Response Fund. Global Citizens from more than 130 countries have taken tens of thousands of actions in support of the response fund, calling on world leaders and corporations to do their part and pledge commitments.