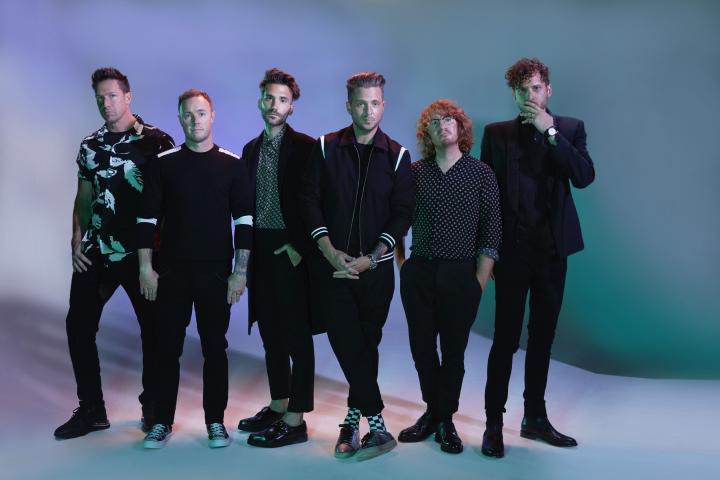 OneRepublic are back with their latest single ‘Run’, released via Island Records.

Written and produced by Ryan Tedder, Brent Kutzle, Tyler Spry and John Nathaniel, ‘Run’ is a feel-good and optimistic anthem which is the boost we need after such unprecedented times. The track encourages you to shut out any negativity which is bringing you down and to live your best life. Simply put, we should all make the most of every day as you never know when it might be your last.

Yeah, one day well the sky might fall
Yeah, one day I could lose it all
So I run until I hit that wall
If I learned one lesson, count your blessings
Look to the rising sun and run run run

‘Run’ stays true to OneRepublic’s distinct sound and once again highlights their ability to create music which impacts on you instantly. From the opening whistling to the foot stomping chorus, you can’t help but want to get lost in the euphoric melodies.

The uplifting track also comes accompanied by a show-stopping visual. Directed by Tomás Whitmore, the visual follows frontman Ryan as he dances and weaves his way around numerous movie sets. Ahead of the track’s release, a number of mock movie posters featuring each member were unveiled on social media.

The track follows on from the band’s last single ‘Wild Life’, taken from the soundtrack to the Disney+ original movie Clouds, which emphasises a similar message.

‘Run’ is the latest drop from OneRepublic’s forthcoming fifth studio album Human, which is available to pre-order now. The 16-track album will also include the previously released ‘Rescue Me’, ‘Somebody To Love’, ‘Wanted’, ‘Didn’t I’ and ‘Better Days’, which have amassed a combined 1.75 billion global streams.

In celebration of the track’s release, OneRepublic took to the Today Show Citi Concert Series stage to perform a set for an audience of nurses who have been working on the frontline during the pandemic.

What do you think of ‘Run’? Let us know your thoughts on OneRepublic and their latest single on Twitter @CelebMix