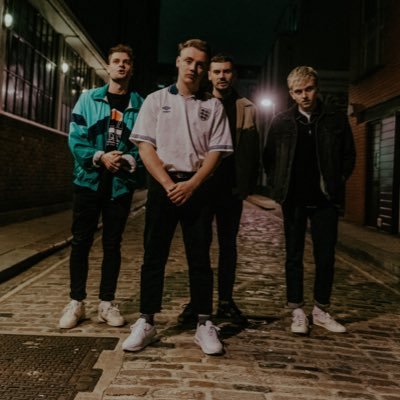 One of the worst kept secrets within Louis Tomlinson’s fanbase has been officially confirmed. Only The Poets will be the opening act for Louis’s UK and Europe tour dates.

Tommo took to his twitter to announce the news everyone already sort of knew since the Only The Poets absolutely smashed opening him for at Scala a couple of weeks ago, in aid of War Child UK.

Only The Poets will be joining Louis for his entirely sold-out UK and Europe leg, we know from seeing that at Scala that anyone who is going to the tour, it’s well worth getting there in time to see the lads on stage as they really do get you in the mood to see Louis.

Not only are the band touring with Louis they announced today they are also planning a headline tour and want fans input on where to go.

We highly recommend you check out the band. As Louis has very good taste in music and has picked a really talented band to open for him with Only The Poets.

Let us know if you’re going to be seeing the guys on tour with Louis at @CelebMix!