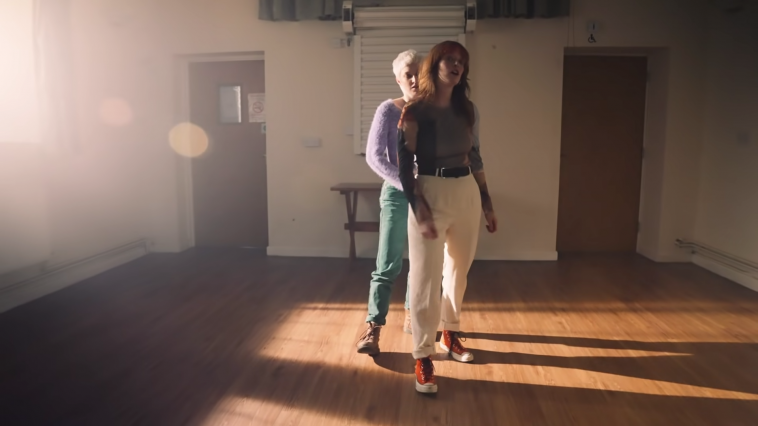 Last month Orla Gartland released the visual aspect to her newest single “More Like You“, a song that saw Orla give fans another taste of her as-yet-untitled debut album, due out for release in 2021.

For this project, Orla brought Elan Isaac on board to choreograph the piece and she absolutely smashed it. “I had never danced before and she managed to put together a piece that felt so thoroughly me,” Orla reveals on the creative process of her video. “The song is about a jealousy I felt for my best friend’s other best friend; someone I simultaneously disliked and wanted to be.”

In fact, the movement in the video mirrors Orla’s journey of finally making her peace with the other person: “We shot the video with a small crew of 5 in a village hall in South Wales near where Greta who directed the video & Elan grew up.” Orla continues. “it was lashing rain that day but with a bit of movie magic we managed to pull off a fake sun.”

The stunning songstress was covered on CelebMix previously when the Dublin native released the audio version of the single, so it is only right we show love for the visual release of the single too!

Let us know what you think of Orla Gartland’s new video for “More Like You” on Twitter: @CelebMix.