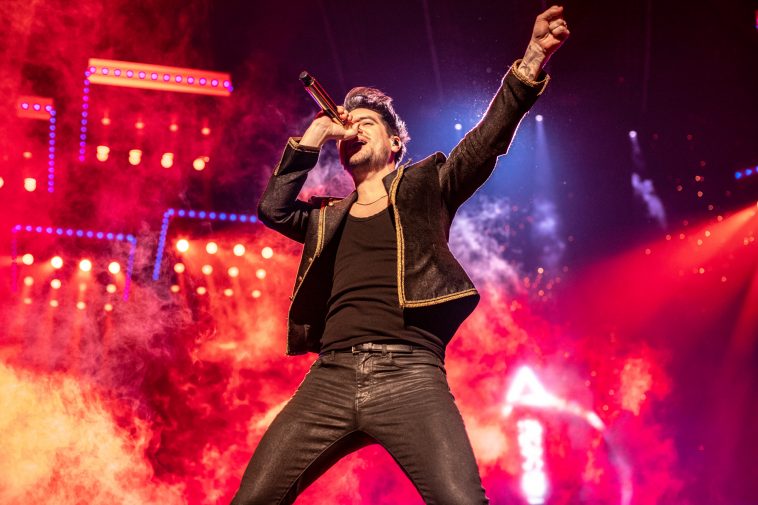 On October 16th, Panic! At The Disco brought their “Viva Las Vengeance Tour” to Seattle and it was not one to have missed.

Panic! At The Disco has drastically been modified since their 2004 debut- Not only has the band notably shifted their sound from pop-punk to pop, but also Brendon Urie being the only original member of the group remaining. Despite these changes, Panic! At The Disco is still selling out arenas and releasing hit songs.

The first to open the show was indie-rock band, little image, who have a small following, yet will certainly gain more traction after the Viva Las Vengeance Tour. Lead singer, Jackson Simmons’ presence and effect on the crowd was boosted by the raw emotion and energy he effortlessly displayed.

Next on stage was no other than electro-pop-star MARINA, who opened her set with “Ancient Dreams in a Modern Land.” The crowd seemed ecstatic to see MARINA, as if it were her own headlining show. MARINA displays graceful confidence, as she belts out songs in a visually engaging manner. With a full name like Marina Diamandis, it is no doubt that the 37-year-old Welsh singer was meant to be on stage.

Fans were filled with anticipation waiting for Panic! At The Disco to come on, as a countdown was displayed on the jumbotrons beside the stage. Before the countdown hit zero, thick clouds of fog began billowing out and Brendon Urie rose from below the stage, emerging from the fog as fans screeched.

Urie immediately went into “Say Amen (Saturday Night)” as a colorful display of neon lights stood behind him. One thing about Urie is that he will never shy away from showcasing his powerful vocals- This was shown clearly as he drew out notes in almost every song and didn’t fail to hit a single high note. Almost everything that Urie does is flashy and grandeur, but he pulls it off in a tasteful way each time.

Panic! At The Disco’s setlist consisted of chunks of old songs, with the entirety of the tour-titled album, “Viva Las Vengeance,” sandwiched in between. For every song on the setlist, there was a unique digital image on the big screen that seemed carefully crafted for the tour. Surprisingly, despite there being pyrotechnics, the fire was not the most impressive part of the whole production. What truly sold the show were the rainbow lasers that beamed down on the audience, accompanied with confetti, as Urie sang “Girls / Girls / Boys.”

To cap off the night, the artist sang hit songs “I Write Sins Not Tragedies” and “High Hopes,” as the arena became louder than it was all night. Fans didn’t hesitate from screaming their favorite songs and causing the venue to shake. With a devoted fanbase and chart-topping songs, “Hey Look Ma, I Made It” is the only song needed to describe Panic! At The Disco.