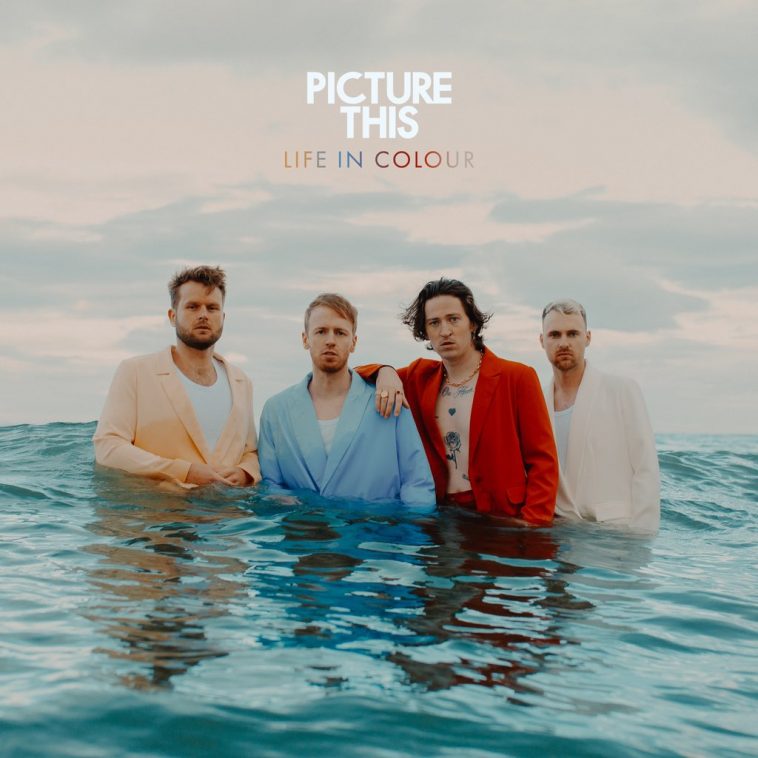 Irish international phenomenon Picture This have announced that their forthcoming fan album Life In Colour will be released on June 25.

Speaking about the album, the band said: “Our fans have been amazingly patient with us over the last two years and allowed us to get a body of work together that we feel is really worth the wait for them and we’re excited for them all to get their hands on it! We will be back with even more music a lot sooner than you would think too!”

Today, Picture This have also dropped the latest cut from the album, ‘If Ever However Whenever Forever’, which is now available as an instant grat track. The song is a poignant and heartfelt ballad which showcases the band’s ability to deliver raw and vulnerable tracks alongside uptempo alt-pop bops.

If that wasn’t enough excitement, the band have also confirmed an Autumn UK tour which will take place in October. Kicking off in Nottingham on October 6, the band will play shows in Newcastle, Sheffield, Bristol, Birmingham, Brighton and London before finishing off in Manchester on October 15.

Tickets go on sale on June 4 at 10am. However, fans will be able to gain access to a ticket presale by preordering Life In Colour from the band’s official webstore. Click here for full tour information.

Earlier this year, Picture This performed ‘Things Are Different’ virtually for The Late Late Show With James Corden. The band delivered the performance from an empty Croke Park. They also spoke to James about their friendship with Joe Jonas after supporting the Jonas Brothers on their 2020 UK and European tour, and signing to his new label  Let’s Get It Records!

Life In Colour is available to preorder now.

Are you excited for more new music from Picture This? Let us know on Twitter @CelebMix