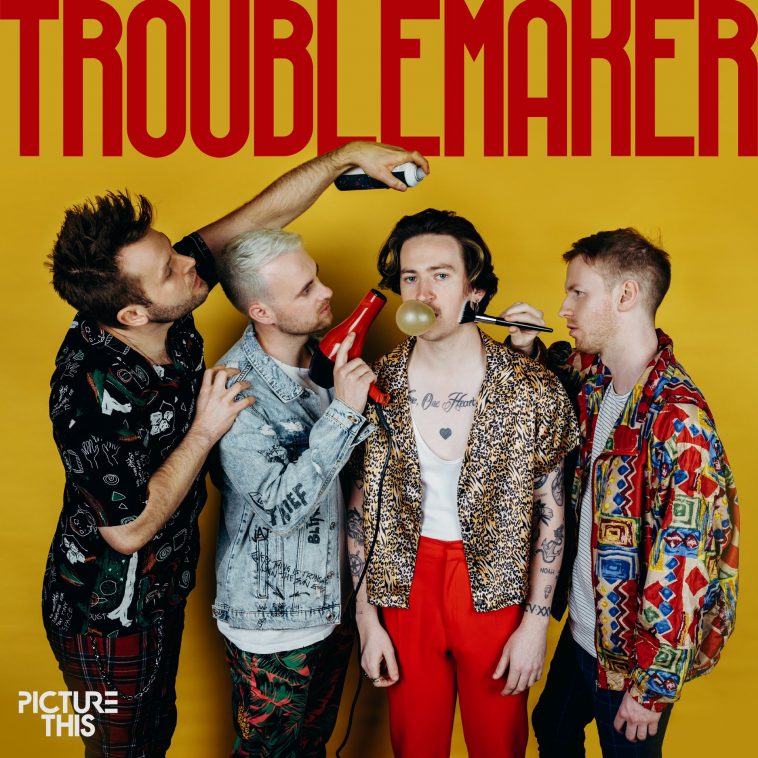 If you were lucky enough to catch the Jonas Brothers on their recent UK and European tour, then you will have already heard Picture This debut the infectious song during their support slot.

However, the studio version is finally available across streaming and download sites and we couldn’t be more excited! Armed with psychedelic vibes and flirtatious lyrics, ‘Troublemaker’ is a punchy offering from the band and gives a taste of what we can expect from their forthcoming third studio album which is due to be released later this year.

Speaking about the track with Billboard, who also premiered the release, frontman Ryan Hennessy said that the song was inspired by a real-life relationship with a girl who “got me into so much trouble — but it was trouble that we could call our own, and in a twisted way it made our bond stronger.”

He added, “‘Troublemaker’ is a song about a love that seems doomed and volatile, but has so much spark and excitement that you just can’t seem to let it go. It’s a battle between two lovers who are both full of attitude and cockiness, love and life, and it’s an explosive combination — but it just feels so good. It’s a sexy unpredictability.”

Take a listen to ‘Troublemaker’ below.

Picture This will be performing on the digital telecast of One World: Together At Home this Saturday (April 18). Virtually broadcasted into living rooms around the world, the telecast is taking place in support of healthcare workers in the fight against the COVID-19 pandemic.  For information about how to tune in and take action, visit the Global Citizen website.

What do you think of ‘Troublemaker’? Let us know your thoughts on Picture This and their latest release on Twitter @CelebMix