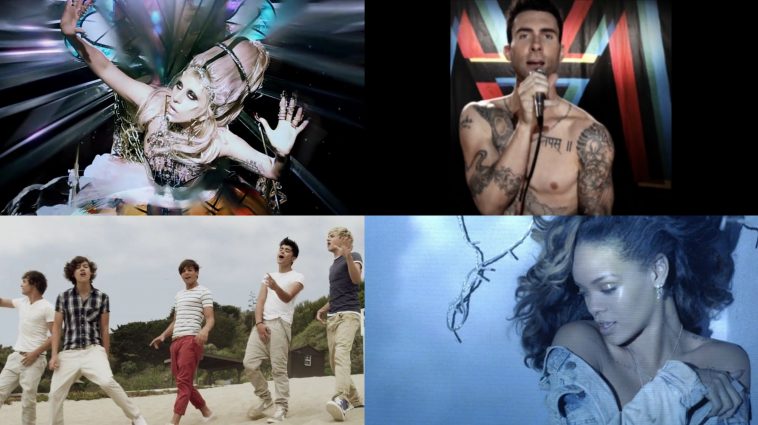 What springs to mind when you think of the year 2011? It was the year that Little Mix won The X Factor, Game of Thrones made its TV debut, and around two billion people across the world tuned in to watch Prince William marry Kate Middleton.

As well as being a memorable year when it comes to pop culture, 2011 was also an unforgettable year for music. One Direction released their sensational debut single ‘What Makes You Beautiful’, Maroon 5 had ‘Moves Like Jagger’, whilst Nicki Minaj got that ‘Super Bass’.

From one hit wonders such as Gotye and Kimbra’s ‘Somebody That I Used To Know’, dance floor fillers like LMFAO’s ‘Party Rock Anthem’, and iconic offerings from pop queens including Lady Gaga, Katy Perry, and Adele, 2011 was undoubtedly a huge year full of memorable pop songs which we’re still obsessed with.

To celebrate the tracks which made 2011 a glorious year for music, we’ve created a playlist of 50 of the best songs which will be turning 10 years old in 2021.

So sit back, press play and get ready to enjoy the almost 10-year-old bops which shaped 2011!

What’s your favourite song which will be turning 10 years old in 2021? Let us know on Twitter @CelebMix