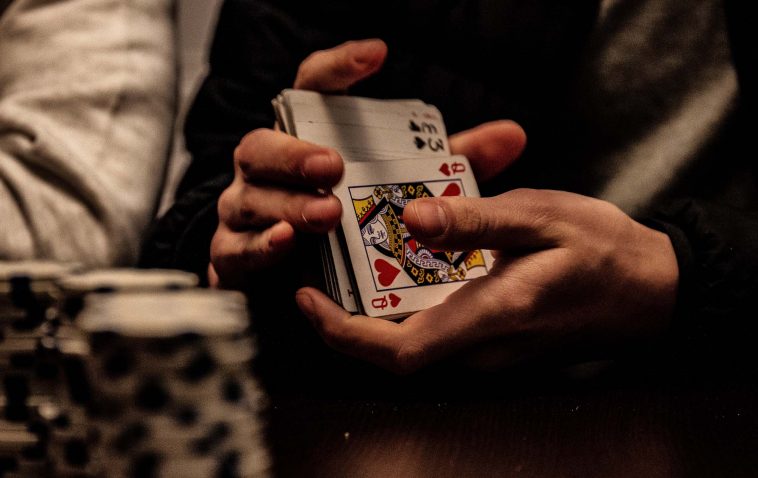 One of the great things about the game of poker is that anyone can play. A deck of cards, a basic understanding of the rules, and ideally some poker chips are all that’s needed. Not to mention, these days anyone can load up a poker app or online program and practice the game solo.

The general accessibility of the game means that there are enthusiasts around the world, from the newest amateurs to the best players in Vegas and on the pro poker tour. And inevitably, over time, we’ve seen a number of Hollywood celebrities join in the fun.

In this post, we’ll take a look at some of the most avid and experienced among them.

James Woods is something of a Hollywood lifer. He’s appeared in numerous well-known films over the years, not to mention in a recurring voice-acting role on Family Guy. But he’s also been a regular presence at major poker tournaments over the years.

Woods is known to have a savvy game, and has even made his way into the World Series Of Poker once or twice –– even if his most well-known association with the event is that Sporting News once reported he left on a stretcher. Thankfully, the actor was okay.

Many would say that the best poker player in Hollywood is Jennifer Tilly. She was introduced to poker by her father, and still considers it to be her favorite hobby.

That said, it’s also a bit more than that for Tilly. Tilly has participated in some of the most reputable tournaments in the world, and is the only Hollywood celebrity to have won a World Series Of Poker bracelet. We don’t know how regularly she competes in that event anymore, but the actress is said to have amassed more than $1 million in total prize money in her secondary career on the tables.

Tilly’s game is not a fluke, either. She was taught by her ex-husband, The Simpsons creator Sam Simon (a known poker enthusiast), as well as her boyfriend Phil Laak –– a professional player in his own right.

Once upon a time, The Washington Post labeled Ray Romano as the highest-paid actor on television. That’s a little hard to believe these days –– particularly when you consider that this was back in 2003, when Friends was still on the air! Even so, Everybody Loves Raymond was a massive hit, and Romano reaped the benefits.

His career slowed down significantly after this defining show went off the air (though it’s picked up nicely in recent years through a few good film roles). In the meantime though, it seems Romano had time to dive into his side hobby of poker. He’s yet another regular World Series participant out of Hollywood, and has gained a reputation at the tables as both a skilled player and a friendly guy.

Ben Affleck can rightly be called one of the most famous actors of the last 25 years. As busy as he’s been in Hollywood though, Affleck has also long had a reputation as a poker enthusiast.

Like Jennifer Tilly, Affleck had a great mentor in the game in the form of pro player Gabe Thaler. As a result, Affleck is thought to be a skilled player, and has a few decent wins under his belt. Unfortunately when he attempted to bring his hobby to the big screen, the resulting film was less successful. It was called Runner Runner, and let’s just say it wasn’t the second coming of Rounders (a poker classic starring Affleck’s best buddy, Matt Damon).

Last but not least, we have to mention Nick Cassavetes –– a legitimate Hollywood royal. The son of director John Cassavetes and actress Gena Rowlands, Nick Cassavetes has done work as both an actor and a director (even playing himself for a stretch on the HBO dramedy Entourage).

Cassavetes is also an avid poker player, and though he doesn’t tend to get as much attention for it as the likes of Affleck and Tilly, he does appear at competitive events. Perhaps the three of them ought to make a poker film together….

These are not the only Hollywood stars to have taken an interest in poker. But they’re some of the most noteworthy, and they speak to how much fun it is when we do see celebrities at the tables.