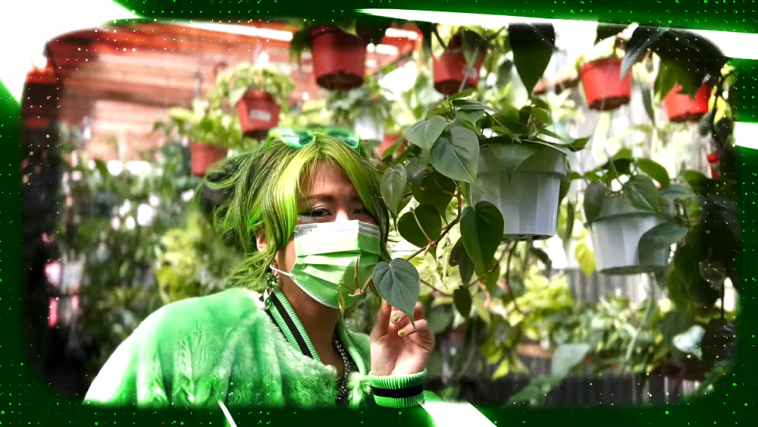 The new song titled “GIVE THEM HELL (Serial Killer Slayer)” sees the titular artist take inspired by a bad bitch that fights back when faced with kidnappers, predators, serial killers, folks attacking seniors, and Joie Armstrong who taught educational programs at Yosemite for children before her life was ended by a human monster turd equivalent not even worth naming here, and went out with an epic fight that led to his capture.

“An underground fight club made up of queer superheroes competing to see who will be crowned to take on the serial killer,” Polartropica says on the release. “Any and all skills and hobbies come into play, including fruits for the Tropical Fruit Ninja, or Neon Matcha’s plant power-up for example. Their powerful backstories give a glimpse into how they’ve turned into the fighters they are today. Who will win?””

Polartropica is the music endeavor of Los Angeles-based, dreamy space-pop artist, Cherise. Born in Taiwan but raised in California, Cherise has created a fantastical dreamland, successfully combining quirky pop melodies, futuristic synths, and classical string arrangements, resulting in a genre of ethereal fantasy dream rock. “GIVE THEM HELL (Serial Killer Slayer) is just another example of what she is able to achieve with personal inspirations and a sick guitar flick.