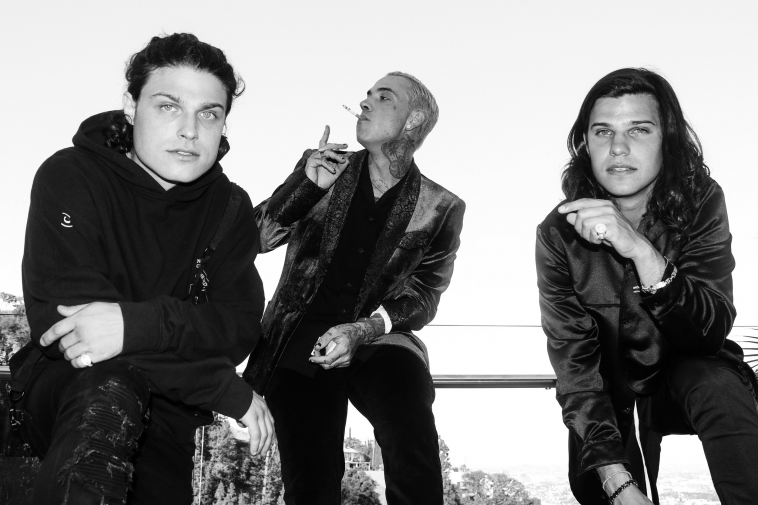 CelebMix are premiering the music video for “Tinted Eyes”, an exciting collaborative effort between DVBBS featuring blackbear and 24kGoldn!

“Tinted Eyes” is a thumping bass-driven house influenced song which is a dancefloor essential. You can guarantee that we will be dancing to this in the clubs once we are able to! The song is given a hip hop flavour with a rap from 24kGoldn.

Speaking of the single, DVBBS said: “’Tinted Eyes’ is the first single off our upcoming Album. Thanks to our very talented friends Blackbear and 24kGoldn, for helping us achieve our vision for this vocally driven club record.”

The song’s trippy music video sees a particular female who is hinted towards being a ‘killer’, which fits with the song’s lyrics and the story being told. The clip is dark, atmospheric and embodies the song pretty well.

Formed in Ontario, Canada, DVBBS are one of the most popular artists in the EDM world. Their beats combine both dance and hip hop music together, creating a distinctive sound. Their 2014 single “Tsuanmi (Jump)”, which featured rapper Tinie Tempah, topped the UK Singles Chart and UK Dance Chart. Last year, they released the popular internet hit “GOMF” which has achieved 26 million streams to date.

Meanwhile, blackbear is a singer, songwriter and producer who is still riding off the success of his viral 2019 hit, “Hot Girl Bummer”, which peaked at #11 on the US Billboard Hot 100 chart and charted in the top 10 in six other countries.

This is the second time the two have collaborated together, with their first single together, “IDWK” reaching 50 million streams worldwide.

You can watch the official music video for “Tinted Eyes” below:

Make sure to follow DVBBS and Blackbear across social media:

Let us know your thoughts on the song and its music video over on Twitter @CelebMix!