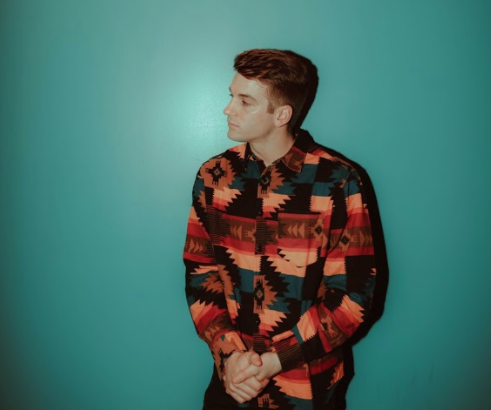 At this time in his life, Keegan Calmes is a new puppy owner, his name is Blue, and he is still trying to be a musician/singer songwriter most importantly. “Lately I’ve been enjoying this downtime mostly spent at home,” Keegan reveals to CelebMix in our chat about his new single, “Birthday”. “It’s been a great time to create and enjoy the little things including.” Keegan has been simplifying his life and focusing on enjoying every day. “It’s been a nice change of pace,” he assures his fans.

“Overall this has been the most productive year for me in music,” Keegan expresses to CelebMix. “The one thing I’m really longing for is live events.” Keegan is hoping the horizon has great things for us all and he is hoping live music can return to some level of normality in the near future too!

Speaking on the release of his new single, Keegan tells CelebMix that his new song is essentially his “happy lonely birthday anthem” for everyone right now. “Today, in the age of FaceTime and Zoom calls,” he continues, “we’re all feeling a little more isolated on our birthdays.” Some of the things that make us feel human are now feeling synthesized and far away. This song is Keegan’s way of saying to everyone we are all going to feel that extra bit of ‘lonely’ on our birthdays.

Does the song still represent what you wanted to say at the beginning of the creative process?

At first I was just reminiscing on lost friendships, lost love, regrets in life and realizing that’s not something I to get hyper focused on. I was thinking “dang man, you’re 30 years old it isn’t it time to let go?” and the first verse kind of just came out of that. If there’s any day you’re allowed to reminisce it’s your birthday, and on that day you’re supposed to celebrate all the good, not the bad, with friends. To me this song really just repeats to myself “look back on the good, celebrate it with your friends, move on!”

It all came together pretty quickly. I had a guitar lick and started laying down some drums on cubase when it just came together. Typically I’ll write an entire song on guitar with vocals and then try to transfer it over and add production but this one seemed to happen a bit backwards. It’s the first song where I’ve done this much production myself so I felt really happy how it turned out with Tim Wolf put the finishing touches on it with me!

When I cooked up this song I was reminiscing on all the birthdays I spent in my 20’s away from home and away from friends both on tour and now with my move across the country to Austin. Last year I was home for 3 weeks attending a few weddings through my birthday and hitting 30 felt a bit lonely and strange. The chorus pretty much says it all, all I wanted in that milestone of the big 3-0 was to not have to drink alone and to instead spend it with close friends.

I wanted people who feel lonely on such a special day to know they’re really not alone. It was also my way of letting go of all those lonely moments for myself. Every year I feel a little bit better just being myself and spending time alone, but my birthday is the one day I’m not going to settle with being an introvert haha.

I’ve got a few songs I’ve been sitting on and I’m trying to wait for the right opportunity to release them. Besides that I’m always writing for film and TV as much as I can and trying to get my songs for solo projects finished up while staying cohesive with the last release.