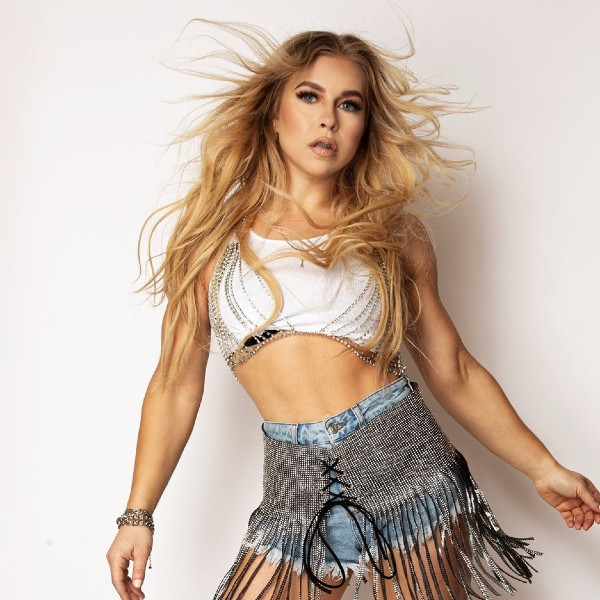 Originally from Canada, now based in Los Angeles, electro-pop artist Maggie Szabo unleashes the lyric video for “Choose Me,” a song encouraging self-respect and self-love rather than the snare of toxic relationships.

Top DJs and producers consider Maggie one of the premier go-to vocalists in the music industry, while her writing chops, second to none, make her an in-demand co-writer for A-listers because of her driving rhythms and insightful lyricism.

Maggie initially broke through in 2012 with the release of her debut album, Now Hear Me Out, followed by moving to L.A. to be where the action is. Since then, she’s performed to SRO crowds at House of Blues, Hotel Café, and the Viper Room, along with having her music featured in Criminal Minds and Keeping Up with the Kardashians.

Talking about her move to L.A., Maggie told Popdust’s Rachel A.G. Gilman, “Canada has such a great music scene and there are so many talented artists that emerge from there. In the US music scene, I feel as though since there are more people that live here, the amount of people in music feels more concentrated. No matter where I am in Los Angeles, I’m always bumping into music people! I think that’s one of my favorite things about living in Los Angeles; there are always new people to connect with! But that’s also what I miss about Canada; it’s such a tight-knit community as well.”

“Choose Me” opens on percolating colors topped by Maggie’s dazzling, delicious voice as she narrates her belief in herself and radiates consummate self-confidence in her choices and her future. Initially, low-slung and frothy, the potently luscious electro-pop melody ramps upon an infectious rhythm, pulsing with vibrant energy.

The icing on the cake is Maggie’s evocative voice, swaggering and poised: