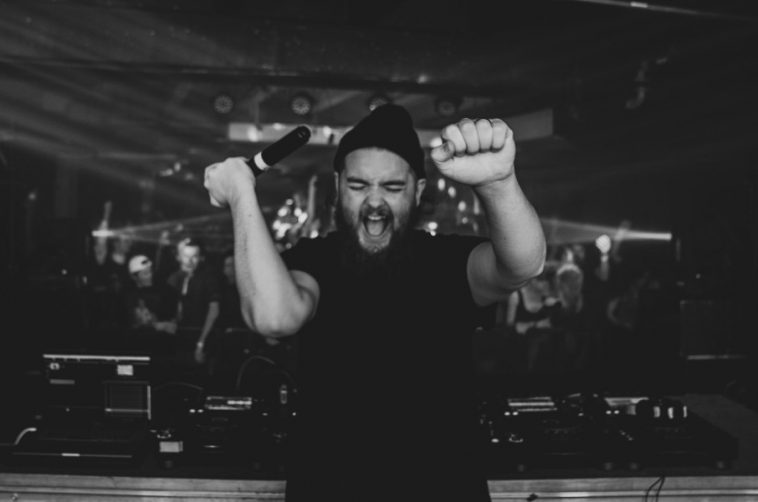 Drum and bass producer QUIX teams up with Nashville singer-songwriter Jaden Michaels on his latest single, “Make Up Your Mind,” via Dim Mak Records.

“Make Up Your Mind” is QUIX’s second collaboration with Jaden Michaels. The pair first teamed up on 2018’s “Giving Up.”

Speaking to the genesis of “Make Up Your Mind,” QUIX says, “I actually started writing this beat last year during a twitch stream; funnily enough, Jaden had already sent me the topline months before. Essentially, I mashed up the beat with her vocal and surprised myself with how well they worked together. I’ve never made a DnB song like this before, and I wanted to challenge myself to incorporate the mainstream style with my signature style. Thank you for listening, and hope you enjoyed yourself, especially on that last drop”

From New Zealand, in 2017 QUIX arrived in North America to perform 10 shows. Before it was all over, he had played 42 stops. In 2018, he performed at Coachella, supported Steve Aoki’s Kolony Tour, and released his EP, Illusions on Dim Mak, collecting millions of streams.

On her part, Jaden Michaels has collaborated with pop’s biggest stars, such as Jennifer Lopez, Demi Lovato, Carly Rae Jepsen, and Robin Thicke, among others. She co-wrote the song for the season finale of American Idol, along with receiving the 2013 Juno Award for Album of the Year for her songwriting on Carly Rae Jepsen’s Kiss album. Jaden recently released her single, “Every Last Thing.”

Opening on twirling colors riding a fat bassline, “Make Up Your Mind” rolls out on Jaden’s sumptuous voice, imbuing the lyrics with urgent passion. A thrumming breakdown presages the rumbling bassline and crisp rhythmic pulse.  Shimmering waves of sonic coloration give the tune both creamy melodic and hefty, muscular layers of sound.

The final drop, at once galvanizing and dizzying, hits like an anvil of descending textures.

On “Make Up Your Mind,” QUIX and Jaden Michaels deliver the perfect blend of wickedly alluring vocals and booming drum and bass music.