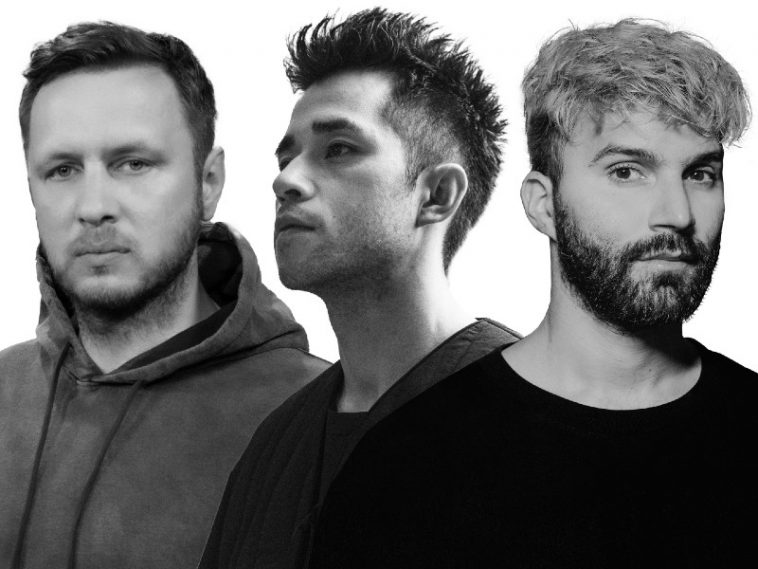 Two dance music titans, R3HAB and VIZE, combine forces on their new single/music video, “One Last Time,” featuring Enny-Mae, a song about dancing through the night together one last time, living in the moment, and then parting company.

Talking about the collaboration, VIZE shares, “We are very happy about our new release ‘One Last Time’ as it was a song that we loved from the first minute on. Working together with R3HAB was a pleasure, even though it was only from a distance. We hope our fans will be as hyped as we are about this collaboration. Cannot wait to play that during the upcoming club season!”

While R3HAB adds, “I’ve been following VIZE for many years, and I am excited that we’ve finally found the right opportunity to work together. I really enjoyed this creative process from day one; VIZE has a clear direction and excellent work ethic. ‘One Last Time’ is a record about coming to terms with reality and choosing to dance in the moment. It has a simple elegance to it, and I believe it is exactly what it needed to be.”

VIZE, made up of mastermind and producer Vitali Zestovskih and DJ/producer Johannes Vimalavong, has over eight million monthly listeners on Spotify and has amassed more than 2.5 billion streams, along with in excess of 30 gold and platinum certifications in eight countries. They have performed at major festivals in Asia, Europe, and the UK.

Multi-platinum DJ and producer R3HAB, aka Fadil El Ghoul, has topped the charts for the last 15 years, becoming a legend in his own time. Starting out with remixes for Rihanna, Drake, Taylor Swift, and Calvin Harris, he quickly progressed to turning out anthems like “All Around The World (La La La)” and “Lullaby,” as well as collaborating with artists such as Ava Max, ZAYN, Luis Fonsi, and Sean Paul.

“One Last Time” opens on a low-slung piano topped by the deliciously evocative voice of Enny-Mae. After the drop, the tune segues into a tasty house rhythm vibrating on a fat bassline. Tasty surges of sonic leitmotifs imbue the song with dazzling energy and pulsing washes of color.

Brimming with residual dynamism, “One Last Time” reveals sophisticated sonic finery, along with the splendid vocals of Enny-Mae.