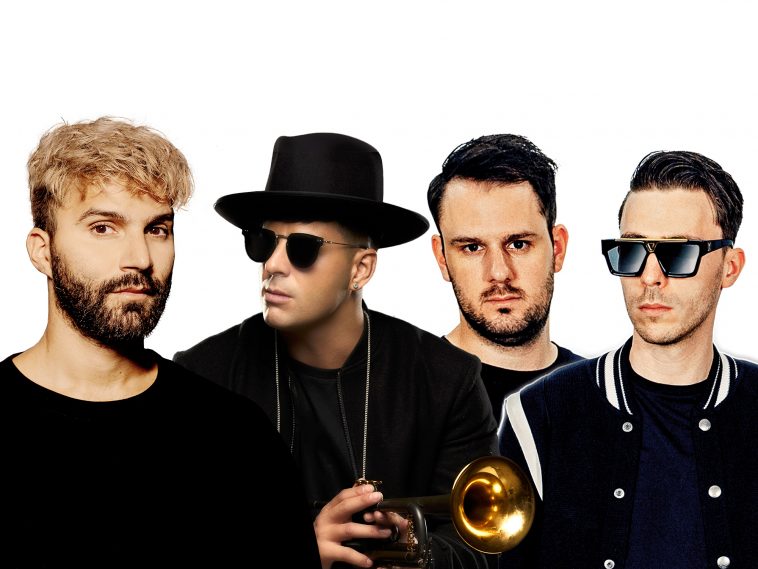 R3HAB, real name Fadil El Ghoul, is a multi-platinum DJ and producer with many hits to his name. He has remixed songs from some of the biggest artists in the world including Rihanna, Drake, Taylor Swift, and Calvin Harris, released tracks that have been global successes such as “All Around the World (La La La)” which was a collaboration with A Touch of Class and “Revolution” which was a collaboration with NERVO and Ummet Ozcan, and has worked with a number of stars from the likes of Sofia Carson and Zayn to Luis Fonsi and EXO. His work has collected over 8 billion streams to date, including 1.1 billion in 2021 alone. He has performed all over the world including EDC, Ultra Music Festival, Tomorrowland, Balaton Sound, Coachella, Summer Sonic Festival, and DWP Jakarta, and he is within the top 15 DJs in the world according to DJ Mag’s Top 100 DJs chart. He is a household name in the EDM world, and it’s no surprise since he has excellent artistry. We expect he’ll have a few more global hits in the coming years.

As for Timmy Trumpet, real name Timothy Smith, he is also a global DJ superstar, producer, and live instrumentalist, who is an award-winning and multi-platinum selling artist, having gone on to remix for the likes of Havana Brown, Steve Aoki, Joel Corry, and Willy William, released global chart hits including “Freaks” in collaboration with Savage (which has over half a billion streams and hit six times platinum in Australia), and has collaborated with the likes of INNA, The Vengaboys, Flo Rida, and Cascada. He dropped his debut album, titled “Mad World”, in 2020 – 11 years after his debut single release – which included the singles “911” with R3HAB, “Up & Down” with The Vengaboys, and a cover of “Mad World” with Gabry Ponte.

If that wasn’t nearly enough of a collaboration, this awesome single is also a collaboration with W&W, a DJ and production duo consisting of Willem van Hanegem & Ward van der Harst. They have remixed for the likes of Armin Van Buuren, Justin Bieber, Ariana Grande, and Ed Sheeran, released chart-successful hits “Bigfoot” and “Waves” in collaboration with Dimitri Vegas & Like Mike, and worked with the likes of Hardwell, Fatman Scoop, Lil Jon, and Darren Styles. On top of all that, they have also been successful under the alias NWYR, where they release more trance-inspired tracks and live sets, which is a reflection back to their initial roots when they first started making music together back in 2007. They have been in the top 20 of DJ Mag’s Top 100 DJs since 2013.

Written by Fadil El Ghoul, Jennifer Biszczak, Mikolaj Trybulec, Richard Ashley Hicklin, Timothy Jude Smith, Ward van der Harst, and Willem van Hanegem, “Poison” is one addicting dance and house track set to be stuck in your head for the rest of the day. This is their second collaborative single following on from 2021’s “Distant Memory”. With their multi-platinum talents and ability to twist dance and house music around a variety of sub-genres, it’s no surprise that “Poison” is a perfectly packaged track that is set to steal the spotlight in any playlist. The electronically warped vocals combine productionally with the melody of the track adding flair and style around beats full of attitude. The track builds anticipation which coincides with the connotation of the song since “Poison” is a metaphor for the energy, atmosphere, and adrenaline that is felt within dance music as a whole but especially at EDM gigs, festivals, and concerts, such as Tomorrowland – hence the promotional video. All three DJs bring their expertise to the table, bringing a sonically-inducing drop like no other, a sonorous bassline, and non-stop stabbing syths, with an underline of futuristic tech.

Talking about the track, R3Hab said: “Timmy, W&W, and I have a connection which is rare. After our different collaborations over the years, we’re still easily able to find and share ideas with each other. They’ve become friends rather than colleagues, and I admire them both for their musical talents as well as their strong personalities. What we’ve come up with now blends all our signature styles into a real main-stage record that will resonate with every listener who liked our earlier releases.”

Timmy Trumpet went on to say: “Working with my brothers from another mother is always an amazing experience in the studio! This is our second collab as a trio, and it won’t be our last. So happy with how this turned out.”

W&W also added: “After ‘Distant Memory,’ it was about time we made another song with the guys. We really like working with R3HAB and Timmy, as we all complement each other’s strengths! We have great chemistry together and push each other to create the best possible production.”

“Poison” by R3HAB, Timmy Trumpet & W&W is available to download and stream across all platforms, right now, via Tomorrowland Music.

Let us know what you make of “Poison” by R3HAB, Timmy Trumpet & W&W on Twitter @CelebMix.