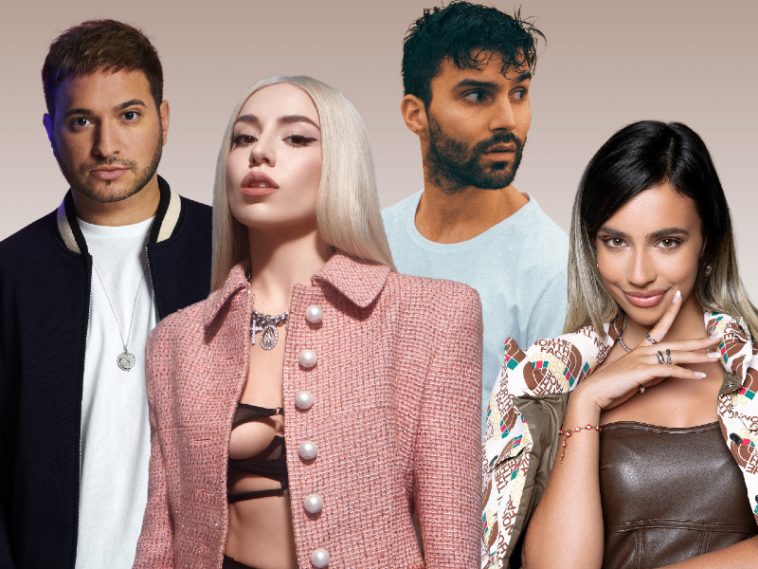 Talking about the song, R3HAB shares, “This is one of those records where the pieces fell into place quickly. Ava and I connected when I remixed ‘Every Time I Cry’ a few months ago. I heard the idea for ‘Sad Boy’ and knew I had to make the record. Her voice is powerful and bold and a pleasure to work with. I’m glad for the opportunity to create with Jonas, as we’ve only remixed each others’ work but haven’t collaborated. He brings an uplifting and fresh direction to every record. It’s been great working with Kylie as well, looking forward to seeing her artistic journey take off.”

While pop superstar Ava Max adds, “Had a blast collaborating with R3HAB, Jonas Blue and Kylie on ‘Sad Boy’. This song is all about having a crush on that dark, mysterious person people may not expect.”

Kylie Cantrall says, “The first time I heard ‘Sad Boy’ I thought I’d heard it before. It’s such a catchy song. There are so many contagious elements about it, the melody, that drop… Yeah, pretty much the whole thing! I couldn’t get it out of my head, I was singing it literally everywhere I went. So, when they asked me to jump on the song, I was like ‘What!?… Hell Yeah!’”

Renowned internationally, multi-platinum DJ and producer Fadil El Ghoul, aka R3HAB, smashed onto the dance music scene with remixes for Rihanna, Drake, Taylor Swift, Calvin Harris, The Chainsmokers, and Lady Gaga, followed by releasing red-hot hits like “All Around The World (La La La)” and “Lullaby,” as well as his albums, Trouble, and The Wave, both of which collected hundreds of millions of streams.

On his part, Jonas Blue has amassed 3.5 billion Spotify streams with singles like “Fast Car,” “Perfect Strangers,” “Rise,” “Mama,” and “Polaroid.” With more than 13 billion total streams, in 2021 Jonas is the resident DJ at Las Vegas’ Zouk.

Ava Max has accumulated more than 9.5 billion streams, along with 4 billion video views. Her colossal hits include “Sweet But Psycho,” “Kings & Queens,” “Salt,” “So Am I,” and “My Head & My Heart,” while her debut album, Heaven & Hell, went gold on release.

Teenager Kylie Cantrall, a singer, dancer, and actress, is best known as Gabby Duran on Disney’s series Gabby Duran & The Unsittables. Her Disney Channel music video, “Feeling Some Kinda Way,” garnered 15 million views. She has 5 million followers on TikTok, as well as 500,000 followers on Instagram.

“Sad Boy” opens on infectious low-slung colors, a delicious blend of dance and pop flavors as the opulent voices of Ava and Kylie infuse the lyrics with velvety, dazzling timbres. The thumping rhythm gives the tune a contagious cadence.