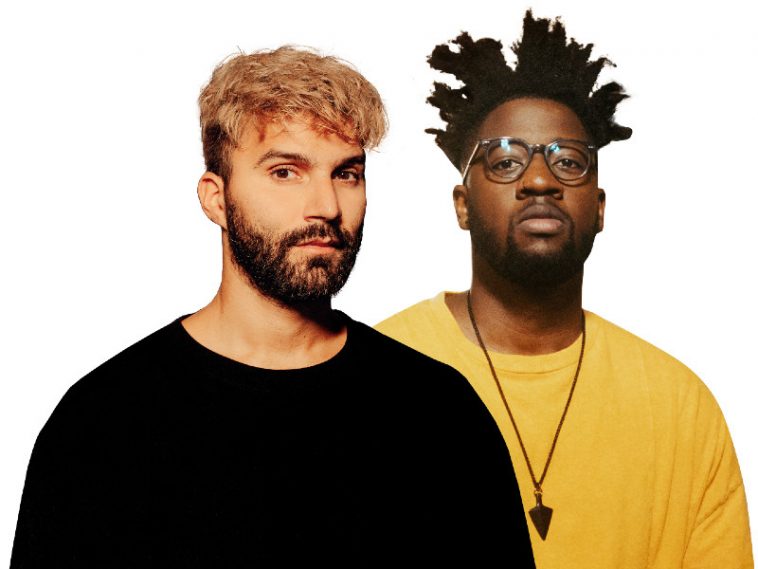 Talking about the track, R3HAB shares, “‘Downtown’ is a club-inspired record with a bouncy beat drop and a pulsing bassline that support powerful vocals from Kelvin Jones. We wanted to capture the magic of the perfect night in the city. You’re with your friends, the club’s bass is beating through your blood, your legs are sore from dancing all night, you feel invincible.”

While Kelvin Jones adds, “‘Downtown’ is a mood in a song! We imagined how it would feel to be in New York cruising downtown in a Cadillac and what song you’d want to hear. This inspired the whole song. In an era where every song is overloaded with things going on, we decided to go against that and keep it as minimal and laid back as we could whilst still keeping the groove going.”

R3HAB, aka Fadil El Ghoul, exploded on the music world with his remixes of Rihanna, Drake, Taylor Swift, Calvin Harris, The Chainsmokers, and Lady Gaga, followed by red-hot original hits such as “All Around The World (La La La)” and “Lullaby.”

He’s collaborated with mega-stars like Luis Fonsi, Sean Paul, ZAYN, Andy Grammer, Sofia Carson, Smokepurpp, Dimitri Vegas & Like Mike, Astrid S, and Olivia Holt, along with many others. R3HAB’s contagious music has amassed more than 5 billion streams, with over 900 million streams on Spotify in 2020.

On his part, Kelvin Jones’ resume includes massive hits such as “Pillow” and “Don’t Let Me Go,” which ranked in the Top 10 on German radio. His collaboration with Lost Frequencies and Zonderling, “Love To Go,” collected 75 million streams on Spotify, achieving Gold status in The Netherlands and Platinum status in Belgium.

Jones’s successes include “Call You Home,” “Only Thing We Know” with Alle Farben and YouNotUs, which gathered 50 million streams, along with 18 million views on YouTube, as well as “Seventeen,” also with YouNotUs.

With “Downtown,” R3HAB continues his impressive collaborations, this time teaming up with Kelvin Jones for an electrifying banger.