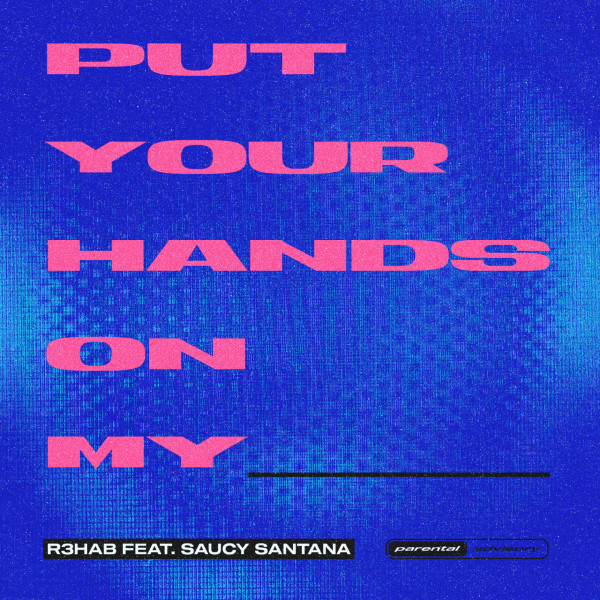 Talking about the track, R3HAB shares, “Freak Nasty revolutionized the dance floor when he dropped ‘Da’ Dip’ 25 years ago. The song’s hook is timeless, and Santana and I had a blast reimagining it for 2022. Can’t wait to see how the crowd reacts to my version.”

While Saucy Santana says, “I’m so excited to be a part of this record. It’s a different sound for me, my first electronic dance record, and on top of that, it’s with R3HAB. I absolutely love the reference and the vibe of our song.”

“Put Your Hands On My _” follows R3HAB’s “Call Me,” with Gabry Ponte and Timmy Trumpet, and “I Wanna Run Away” with Mr. Eazi and Wafia. On his part, Saucy Santana is currently riding the wave of his viral hit, “Material Girl”, and his most recent single, “Hello” with Tay Money, following his recently released Keep It Playa studio album.

R3HAB, aka Fadil El Ghoul, has been riding a tsunami-like surge of popularity since he burst onto the scene with remixes for Rihanna, Drake, Taylor Swift, and Calvin Harris. He followed with beaucoup chart-topping singles, like “All Around The World (La La La)” and “Lullaby.” His collaborations include Ava Max, ZAYN, Luis Fonsi, and Sean Paul, along with many others.

With over 7 billion streams, including more than 1 billion in 2021, R3HAB’s music enthralls multitudes of international listeners, while his ever-evolving sound pushes the borders of dance music to new frontiers.

R3Hab is Spotify’s Most Discovered Artist, one of Spotify’s top 200 most streamed artists, ranked #12 on prestigious DJ Mag’s Top 100 DJs chart, and has earned over 55 Gold and Platinum certificates. Along with selling out 15 consecutive shows in China, R3HAB has performed at elite international festivals, such as EDC, Ultra Music Festival, Tomorrowland, Balaton Sound, Coachella, Summer Sonic Festival, DWP Jakarta.

Saucy Santana exploded on the music scene with the release of “Walk ‘Em Like A Dog,” amassing millions of streams. In 2020, he dropped his mixtape, Imma Celebrity, featuring “Material Girl.” His latest release, “Walk,” went viral on YouTube, Instagram, and TikTok. Santana has collaborated with The City Girls, Kalii, LightSkinKeisha, and Ivorian Doll.

“Put Your Hands On My_,” opens on emerging shimmers of color, followed by rapping-lite vocals as a potent, catchy rhythm flows underneath. Brimming with surging textures of hip-hop and dance music, the tune delivers sensuous, captivating harmonics, commanding listeners to get up and move.

With “Put Your Hands On My_,” R3HAB and Saucy Santana elevate Freaky Nasty’s “Da Dip” to the universal party anthem for 2022.