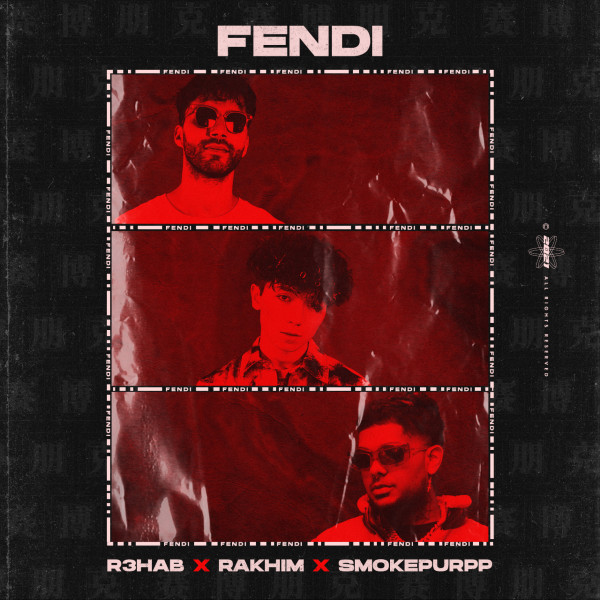 Celebrated Dutch-Moroccan DJ and producer R3HAB teams up with Miami’s Smokepurpp and Russia’s Rakhim on “Fendi,” a blend of heady dance music and galvanizing hip-hop.

“Fendi” began life on TikTok, achieving instant viral success. The second version came about when R3HAB’s Instagram page exploded with requests for R3HAB and Smokepurpp to team up.

R3HAB skyrocketed to international fame when he released his debut album, Trouble, which garnered over 500 million streams, sending shockwaves around the globe. Following with The Wave, amassing over 350 million streams, R3HAB proved he wasn’t a flash in the pan, but the real deal.

R3HAB’s official remixes include megastars such as P!nk, The Chainsmokers, Kygo, Danny Ocean, Sofi Tukker, Rammstein, and NOTD. These hits, along with his original music and collaborations with ZAYN, Andy Grammer, Sofia Carson, Timmy Trumpet put R3HAB on the map as the crème de la crème of artists.

According to R3HAB, “I’m always keen on working with artists from different music cultures and learning from them. It was a real blast working with Rakhim and Smokepurpp, who are really talented and both pioneers in their fields. What we came up with feels modern and breaks down so many genre barriers.”

Already popular on Spotify, Apple Music, and TikTok, rising star Rakhim has scored top hits in the CIS and Russia, showing he is a creative force to be reckoned with now and in the future.

Smokepurpp first broke out on Soundcloud, followed by joining up with Interscope and Alamo Records, resulting in his first commercial debut, “Audi,” which accumulated more than 250 million collective streams. Soon after, he dropped Deadstar, his mixtape, showcased by contributions from Travis Scott, Juicy J, and Chief Keef.

“Fendi” starts off on a pulsing rhythm with hip-hop elements, topped by rapping lyrics. R3HAB’s signature cavernous bassline give the tune heft and dimension, followed by transitioning to dance-flavored dynamics, while still retaining infusions of tasty hip-hop.