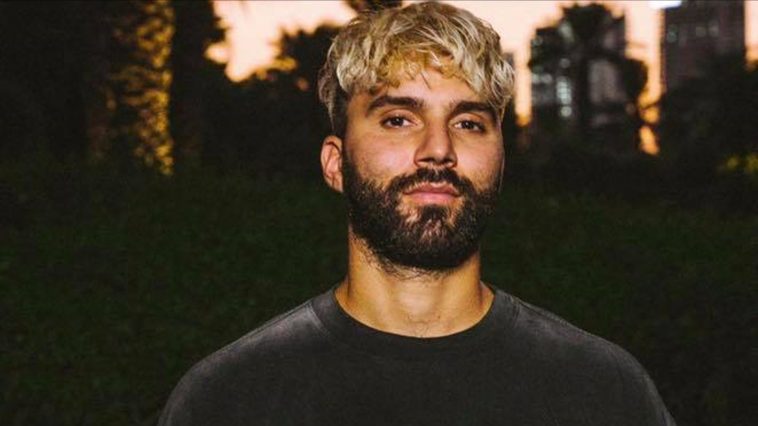 Gabry Ponte, R3HAB, and Timmy Trumpet teamed up and kicked off the new year with a dance cover of Blondie & Giorgio Moroder’s hit from 1980 – “Call Me,” which was also the theme to the “American Gigolo” movie.

The powerful release is accompanied by a fire lyrics video that channels the energy of the remix. “Call Me” features very dynamic drops, significant breakdowns, and spicy techno references.

R3HAB skilfully captures the vibe of Blondie’s original release and by blending in a bunch of modern Dance and Electro influences, the team cooked up a banger that can fire up a dance floor.

Make sure to tune in “Call Me” by Gabry Ponte, R3HAB, and Timmy Trumpet below:

Dutch-Moroccan Multi-Platinum DJ and producer Fadil El Ghoul, better known as R3HAB, has been trailblazing his way through dance music for the better part of the last decade. From his breakthrough remixes for Rihanna, Drake, Taylor Swift, Calvin Harris, The Chainsmokers, Lady Gaga, to anthems such as Gold- and Platinum-certified “All Around The World (La La La)” and “Lullaby,” to his collaborations with the likes of Luis Fonsi, Sean Paul, ZAYN, Andy Grammer, Sofia Carson, Smokepurpp, Dimitri Vegas & Like Mike, Astrid S, Olivia Holt and more, R3HAB has proven to be one of the most talented and forward-thinking artists in the game, whose work collected over 5B streams to date. He says: “Making music with friends never gets old. I’m excited to work with Gabry on our second record, following “The Portrait” and with Timmy Trumpet on our third collab. “Call Me” is going to be a festival hype builder. Gabry and Timmy have great energy, which keeps the artistic process fresh and inspired“.

Gabriele Ponte is an Italian DJ, Grammy nominated and Multi-Platinum producer. In 1998 he produces Blue (da ba dee), the debut single with his band Eiffel 65, which will top the worldwide charts and sell over 8 million copies; their first album Europop sells another 4 million copies. The band starts touring the world, doing over 1000 concerts in the following years. In the year 2000 they win the European Music Award as the “Best Italian Artist in the world” Meanwhile Gabry starts his solo projects and his first singles and remixes storm the European charts. In 2014 enters the Top 100 DJs chart as #61, being one of the highest entries and the highest ranked Italian. In summer 2019 he co-produced the European hit “Monster” (over 150 Million streams) together with the young Austrian producer LUM!X