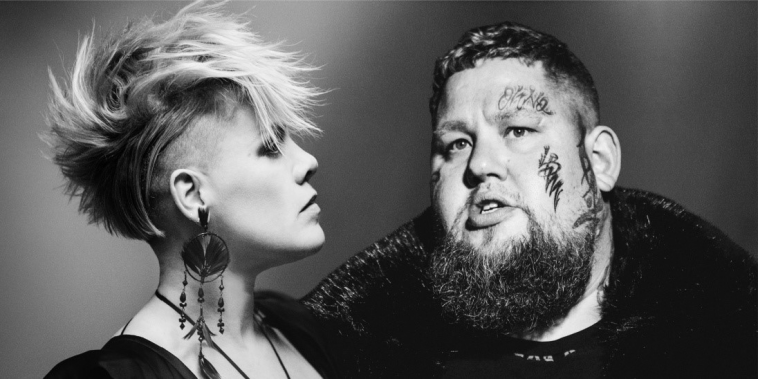 Multi-platinum selling recording artist Rag’n’Bone man delights fans around the world today, with the news he is to team up with US pop superstar P!nk on his brand new single, Anywhere Far Away From Here.

Serving as the latest track to be lifted off of the Human singers highly anticipated second studio album Life By Misadventure, the single is about being “uncomfortable in your surroundings” and all of the internal conflicting, emotions those kinds of feelings can evoke in a person.

Written by Written by Rag’n’Bone Man, his album collaborator Ben Jackson-Cook, as well as Simon Aldred, Dan Priddy and Mark Crew, the song is set to be released April 9th, 2021.

Of the track, Rag’n’Bone Man says; “This song is an honest reflection of wanting to disappear from uncomfortable situations – about the vulnerabilities that we all face. It’s a honour to have P!nk on this record and I’m so glad she is able to be a part of it”.

“I first encountered Rag’n’Bone Man in Europe in 2017 not long after hearing his song ‘Human’.” P!nk adds. “By then I had already fallen in love with his voice, and when we met in person I quickly learned he has a beautiful soul, too. Since then, I knew I wanted to work with him one day. ‘Anywhere Away From Here’ couldn’t be a better song for us to sing together. I’m so honoured to be a part of this collaboration.”

In celebration of Life By Misadventures release, Rag’n’Bone Man is to hit the road later in the year to play a string of live shows at venues up and down the UK.

Scheduled to kick off in the Fall In Love Again singers hometown of Brighton this October, the tour is set to visit some of the countries biggest cities including Manchester, Dublin, Leeds, Glasgow and London. Tickets for the Life By Misadventure Tour are on sale now.

Life By Misadventure is set for release on April 23rd 2021 via Columbia & is available for pre-order/pre-save here.

Let us know your thoughts on Rag’n’Bone Man & the news he is to team up with P!nk on his brand new single “Anywhere Far Away From Here” over on Twitter @CelebMix now!