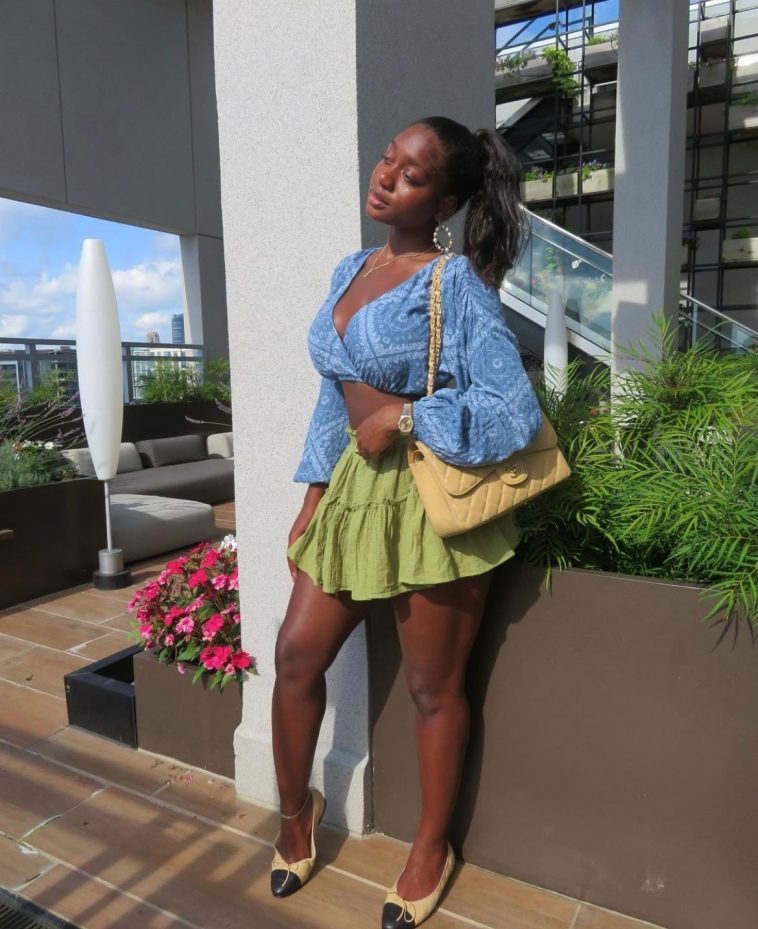 It’s not difficult to understand how Raja Syn gathered 300,000 followers on Instagram in just a year.

The Jamaican-born stunner was raised in Brooklyn and Baltimore, which made her independent and strong. Raja is also pretty determined, and once she sets a goal, she immerses herself in bringing it to fruition.

“When I’m not working, I’m most likely still working. I’m a very determined person, so when I have a goal set in my mind, it’s the only thing I’m thinking about,” she said.

Her friends and family had long since told her she should model, and after she realized higher education was just not her calling, she moved to California to give it a shot.

“Getting signed with an agency seemed impossible to me,” she said, but she knew she could find her own niche in the industry.

And then there’s that body. It is, as her name suggests, practically sinful, with curve after curve, each carefully sculpted through daily workouts.

“Everything is genetics, but I perfect my image in the gym,” she said.

On Instagram, she is striking, and she calls her work on the social media platform one of the best decisions she’s ever made.

It came after she read the book “Rich Dad Poor Dad,” and realized that she wouldn’t be content to work for someone else’s dream, and wanted to make her own come true, instead.

“It changed my whole idea of life,” she said.

Raja set her sights on being an influencer, and the rest, as they say, is history.

“I turned to Instagram to build my brand and it’s been the best thing I’ve ever done,” she said.

As one of the top-tiered Instagram influencers, Raja is surrounded by myriad other influencers and celebrities who have helped her learn and grow.

A move to Atlanta, a dynamic city that now rivels New York and Los Angeles as an entertainment hub, also marked a period of growth for the woman who has created a world of opportunity for herself by throwing caution aside and doing what felt right, no matter the perceived risk factors.

“I moved to Atlanta for a fresh start after realizing it is the best place to start a career in the entertainment industry as a black girl,” she said.

There, she is growing her brand, doing photo shoots, music videos, and managing sites including Instagram and Onlyfans.

But it’s not all about the sexy for Raja Syn.

She is also looking at other options within the entertainment industry to bulk up her resume for her ultimate goal – becoming a TV personality with her own show.

Meanwhile, she is planning a book, considering music, and debating whether or not to release her workout routines.

“Right now, I’m just moving wherever the universe takes me,” she said