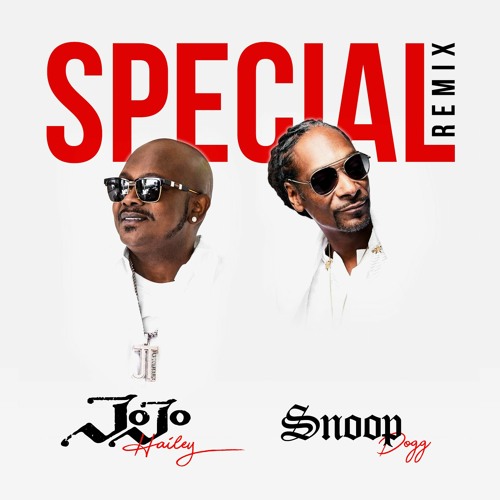 Today marks the release of the remix of “Special,” the first solo single by JoJo Hailey, featuring the talent of Snoop Dogg.

Essentially, “Special” is a love song paying tribute to Hailey’s wife, Tashaunda Hailey, an amalgamation of cool pop savors with smooth R&B flavors. The song depicts the power and nature of true love, the rarest of gems in life.

Along with dropping the remix, Hailey announced the formation of his own record label, JT Entertainment. When “Special” originally dropped, it made big waves, landing a premiere on Billboard, along with features on KDay LA, Hip Hop DX, and Rolling Out.

The newly remixed version of “Special” delivers hints of the heady days of Hailey’s sound with Jodeci and K-Ci & JoJo, which produced hits such as “All Of My Life,” hitting the top spot on Billboard’s charts and garnering two Grammy awards.

After going through issues with alcohol and ill-health, JoJo Hailey is back in the groove, with plans to release a series of singles culminating in his debut solo album in 2020.

Snoop Dogg’s distinctive voice injects the lyrics with tender tones. “See patience is a virtue / I see you flirt boo / I wanna love you I don’t wanna hurt you.”

Let us know what you think of “Special” @CelebMix