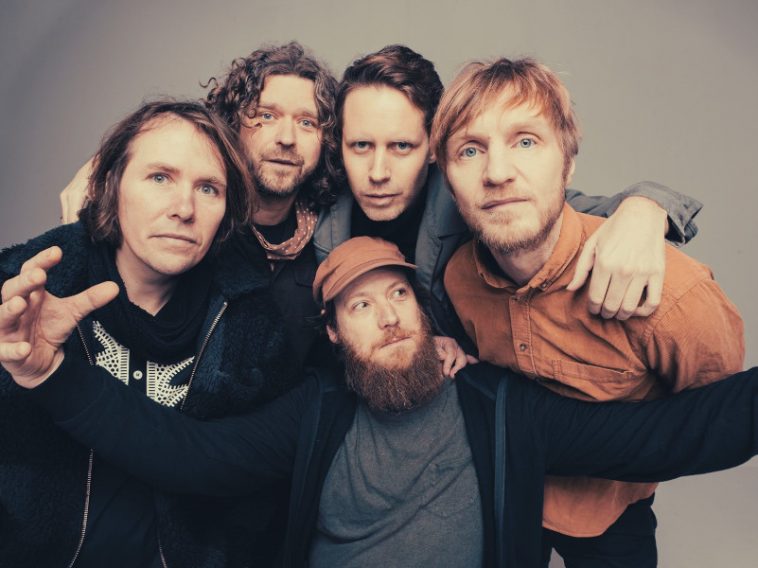 Since then, along with the evolution of their unique sound to include elements of pop, rock, world music, and modern electronic music, the Real Ones have released 12 albums, 4 EPs, performed at over 1000 concerts in 15 countries on three continents, and received two Spellemenn Awards.

Real Ones began working on their forthcoming album the day their first gig was canceled because of the pandemic. Instead, they entered the studio, resulting in a more acoustic album flavored by tangs of Latin American folk music, as well as three-part harmonies.

Talking about the album, guitarist/vocalist Ivar Chelsom Vogt says, “It’s organic, it’s natural, mostly recorded live in the studio, and mostly about nature and how to live during an ecological crisis. We had two dogmas: 1) no synthesizers. If we felt we needed something similar, we’d record clay flutes, bought when we were in Mexico in 2006. And 2), if electric guitar, no amp, just plugged into the mixer.”

“Early Evening” opens on twangy guitars rolling into a deliciously undulating melody blending tints of alt-country, Americana, and dream-pop into a bewitching tune. A finessed rhythm provides the matrix for light, gleaming guitars and dreamy vocals backed by softly radiant harmonies, imbuing the song with glowing depth and dimension.

Real Ones have it going on! At once silky-smooth and oh-so captivating, “Early Evening” delivers luscious, low-slung tones and deluxe vocals.