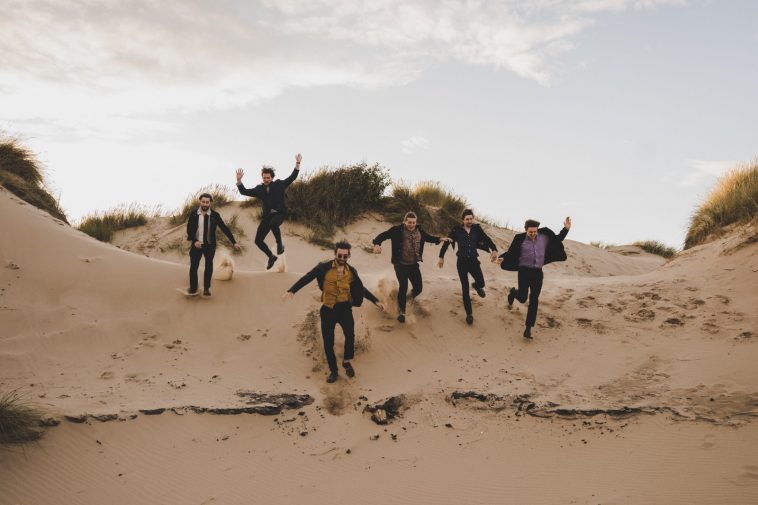 Liverpool’s Red Rum Club have shared their new single ‘Ballerino’ which is accompanied by a wonderful visual.

The track follows on from the BBC Radio 2- playlisted ‘Eleanor’ and is the second taste of the band’s upcoming full-length ‘The Hollow of Humdrum’.

Frontman Fran Doran commented on the track, saying: “I am always the fool that gets up first at a wedding, the ‘ballerino’ is me. The way I see it is that if I’m dancing, then I don’t know what you’re doing sitting there, you should be too. Ultimately, it’s about boys not dancing and that sense of unnecessary, toxic masculinity that stops people expressing themselves. It’s like a Billy Elliot story, just forget what anyone else thinks and dance!“

Check out the groove-inducing visual below:

The band have also announced a string of UK tour dates for early next year. These include re-scheduled dates, shows supporting Circa Waves, and a homecoming Liverpool show. Tickets will go on sale from 10am on Monday 24th August.

After turning heads with their debut album ‘Matador’, and now with the release of ‘Eleanor’ and ‘Ballerino’, these are exciting times for the lads, and we couldn’t be happier to be along for the ride.

‘The Hollow of Humdrum’ will be released on October 2nd via Modern Sky. Pre-order here.