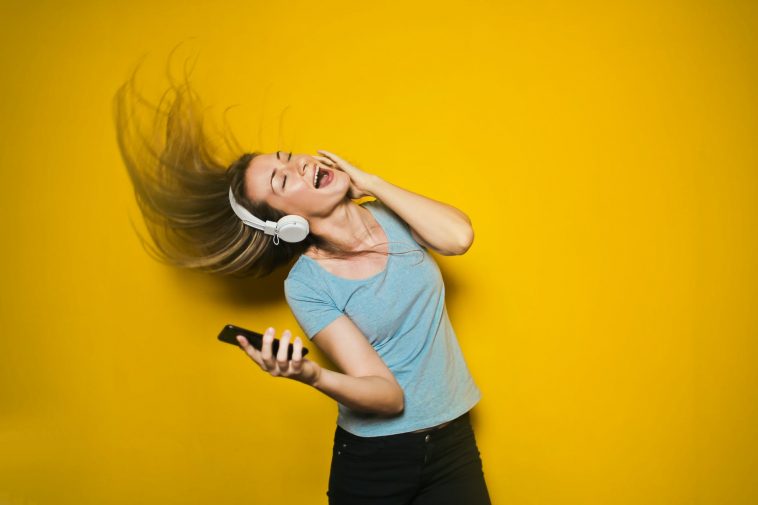 Photo by Andrea Piacquadio on Pexels.com

Need a change of pace?

Out with the old and in with the new, this season delete those tired and overplayed playlists. You need some new music to hype you up! You never know what song will be your new favorite in the new year! Whether you’re a gym junkie, a Barbie doll, a Hermit crab or anything in between, you’re going to love these songs!

After careful curation, this list is the ultimate little list of bangers to make sure you never have another embarrassing moment as the designated AUX DJ. Whether you’re road-tripping or at the party this list will have you covered! Think of it as your personal pocket Bear Grylls to help you improvise, adapt and overcome your music library.

Starting with a hard-hitting one, for all of the people getting their summer body gains and the party animals. The song “Whoopty” by the New York-born artist CJ clocking in with the biggest New York drill track the posthumous king Pop Smoke had nothing to do with.

Blasting 808s and an undeniably catchy sampled melody packaged into a 2-minute adrenaline boost, this song will welcome anyone to the party – Rest In Peace Pop Smoke.

For those who might be looking for their new break up anthem to heal the wounds left by a past lover and believe nothing will get better. Olivia Rodrigo has got you covered with one of her hit songs, “Traitor” from the Californian artist’s latest album Sour. This song is a gentle yet powerful solo performed ballad which at certain moments her deep, gentle and gigantic vocals are capable of bringing even the most macho man to tears.

She has shown herself to be another Disney Talent capable of much more than expected, like Miley Cyrus from Hannah Montana, but just with a lot more heartache.

Let’s get out of this town or at least to the nearest beach… Let Doja Cat kick off your next drive with the young female artist’s exciting new groove “Kiss Me More”. Doja has been dominating the charts consistently putting hits up since the track “Say So” in early 2020.

Her exquisite quality of music, promiscuous yet tastefully fun songs have some of the best beat selections and sounds. Doja pays the utmost attention when coming to detail to ensure having an entertaining and carefree time whenever and whatever the occasion.

It would be unfair to ignore the United Kingdom’s talent as rising star Tion Wanye and his song “Body” is proving to be a club Firestarter. Already, the young artist’s remix featuring Jack Harlow is on the charts.

Harlow who has been making massive moves musically this year internationally will only benefit this chart topper more.

This song is a drill song however this is not the drill most are accustomed to. This is more aligned with Octavian’s style of making a drill song feel fun and about a female. They still manage to stay true to the “roadman” life with some edgy bars caked in double entendres to mask their more malicious lines.

With this dynamic duo, teen hitmaker Kid Laroi has teamed up with Justin Bieber to make the song Stay possible. Stay has reached the number one spot on the Billboard Top 100. In addition to being a song from Laroi’s upcoming project, he has been teasing this song throughout the year’s production paired with natural star power.

Laroi has a lot to offer as he is finding his way as an upcoming young artist in the pop industry.

Champagne Papi! Yes, the Certified Lover Boy himself Drake has done it again. Calling upon Future to feature on the new song Way 2 Sexy certified bop. Masterfully sampling the already overplayed and tired hit Right Said Fred released in 1992 “I’m Too Sexy” absolutely reviving it and putting their trap style spin to rap over.

Giving you all the good vibrations you need to wake up and conquer any day with confidence! Future and Drake have mastered the art of crafting a hit song that delivers maximum heat to their listeners. It’s almost like they have a formula.

BTS Army Relax! No one forgot your bias! The Korean pop group’s song “Butter” has not left the charts, and for good reasons too! This entrancing track from BTS will have you grooving in no time even if you’re the wallflower who doesn’t dance at parties. With a laidback beach style beat and smooth enthusiastic vocals, you can’t help but move a little bit.

You will catch yourself at least once accidentally blurting the chorus shortly after hearing how catchy it is.

Lil Nas X and Jack Harlow have teamed up and have been sitting at the top of the Rolling Stones Top 100 and number two on the Billboard Top 100. Lil Nas X just keeps outdoing himself. There’s a new banger by Lil Nas called “Industry Baby”. This Harlow assisted track follows his forthcoming critically-acclaimed debut album and showcases the superstar’s ability to improve each time he releases an album and turns negativity into positivity.

Country musician Walker Hayes even has old head country fans admitting that he is bringing back the joy of country music. He broke into the mainstream country but has attracted die-hard fans as well. A fantastically playful song about his wife of twenty years demonstrates the depth of love that can be found when it is not based on material things.

Tips To Stay In The Loop

As the music scene continues to grow, it can be difficult to keep up with the new releases. With so much music being released daily, it is easy to get frustrated and buried in the algorithm. To keep up with all the latest news and music, check out Rolling Stone and Billboard.

Additionally, you’ll be able to keep up with what you and those within your niche love, as well as what the world loves in popular music by finding niche music sites like Hot New Hip Hop on your solo playlist curation voyages.