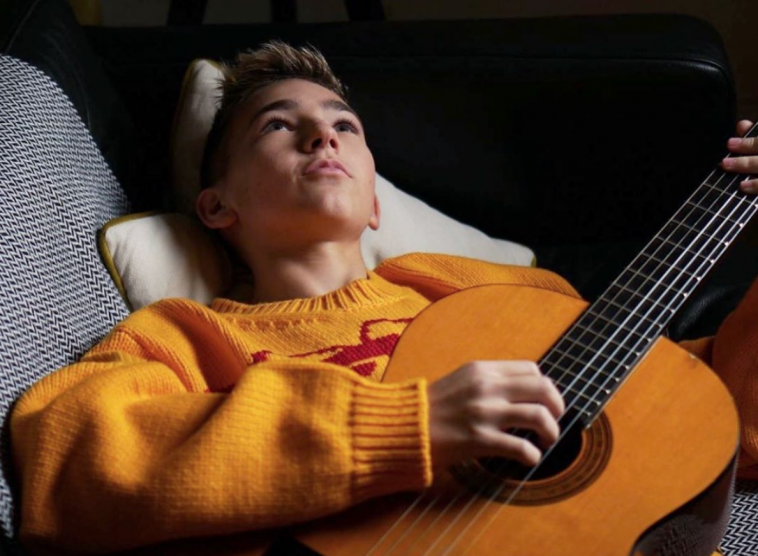 If you’ve caught any of The Vamps, New Hope Club, Why Don’t We and now New Rules on the road over the past 12 months, you might well be familiar with Denis Coleman and his uptempo electropop flicks.

On Sunday night at Newcastle University’s Students Union, the 16-year-old once again shows why so many acts are taking him on the road to warm crowds up. 25 minutes of energetic original singles, unreleased tracks and covers hav the packed North-East crowd – who have queued early to catch the star – in high voice.

Running on stage to 2019’s ‘Soft Spot’ amidst calls of his name, Coleman is clearly an artist the band’s fanbase are familiar with. If you needed further proof, the wall of sound tropical hit ‘All I Wanna Know’ is met with halfway through the set provokes a smirk from the singer.

A preview of promising unreleased track ‘Dirty Nikes’ and cleverly-chosen Justin Bieber ‘Yummy’ cover fill out a six-track set that closes on ‘Imperfect’. “We’re stuck together”, he jokes before the final number, but it’s clear these fans are in for the journey.

Another string of support shows alongside HRVY comes this April across the U.K. and Europe, before heading out on the road to headline this September.

Birmingham, Manchester, Glasgow, London and Dublin make up the five-date trip which gives fans the chance for an extended Denis Coleman show. Tickets are available now on Ticketmaster.

Have you caught Denis Coleman on the New Rules tour? Got your ticket’s for September’s headline stint? Let us know @CelebMix on Twitter.