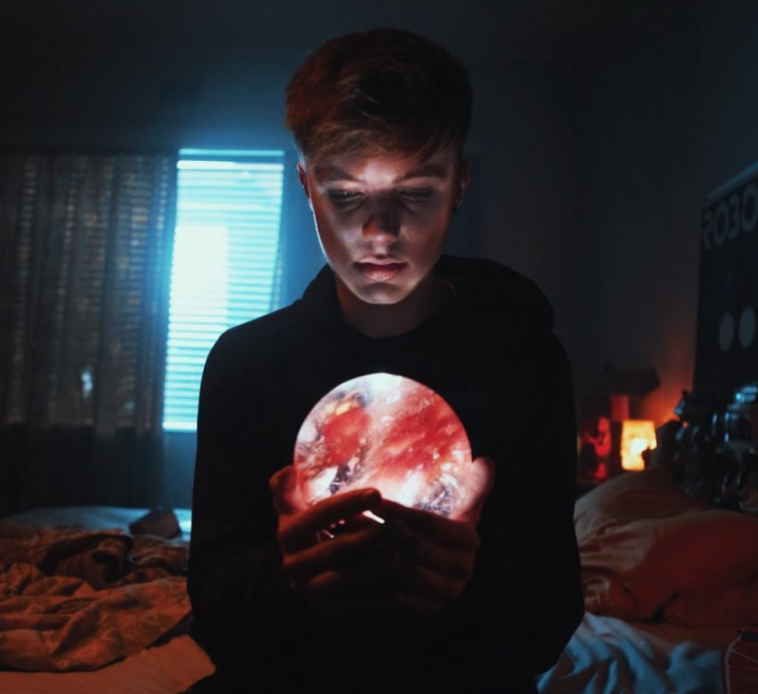 The first release of the year for HRVY, ‘ME BECAUSE OF YOU’ is the British pop star’s ode to fans.

“Worked so hard on this one and this song is really about you guys and how you’ve changed my life”, the 21-year-old share on Instagram ahead of release.

Adding a softer side to his usual cathartic electropop flicks, “you give me all I ever needed, half a heart and you complete it” HRVY delivers on the chorus.

With past releases climbing viral charts, ‘Me Because of You’ looks set for the same destiny, quickly becoming a fan favourite online.

Landing on Valentine’s Day with a music video premiering at 8 pm, fans have been waiting for new music from the star since 2019’s ‘Million Ways‘.

Never one to let new music releases go uncelebrated, HRVY also announces the Me Because of You Single Release Tour. Stopping off in Edinburgh, Leeds and Brighton on the 15th, 16th and 17th of February, the singer will be signing physical copies of the track and meeting fans.

For HRVY’s fans worldwide who can’t make the dates, the ‘Personal‘ singer is hitting the road on a world tour later this year. Kicking off in Europe this April, landmark shows at Manchester’s O2 Ritz and London’s iconic Palladium before taking off to Asia, Australia and North America.

Fans can expect to hear hit singles from the past few years such as ‘Younger‘ and ‘I Miss Myself‘ as well as classics such as ‘Personal’ and ‘Hasta Luego‘.

Are you streaming HRVY’s Valentine’s Day track? Let us know your thoughts on ‘Me Without You’ @CelebMix on Twitter.