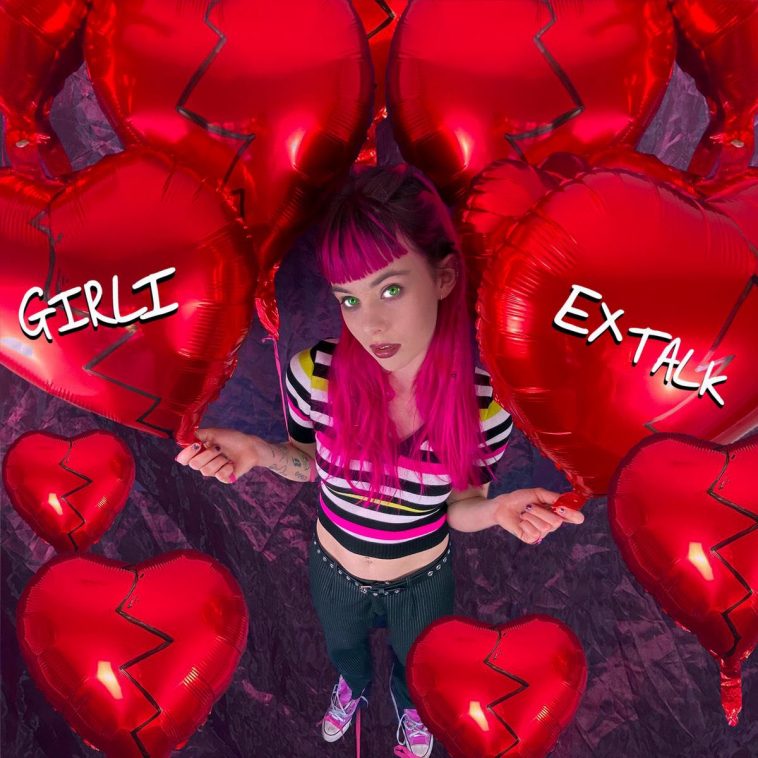 GIRLI is back with a new EP ‘Ex Talk’ – CelebMix review the pop punk star’s return.

Since the release of her debut album Odd One Out in 2019, the singer was dropped by her label, faced a battle to gain credit for viral TikTok fame and went through a break-up – all before Covid hit, the pandemic then cancelling touring plans including the pioneering UK Sofa Tour.

Whew… it’s a long list to rattle off, but if there’s one thing fans know about an artist who cut her teeth on seething punk tracks like ‘So You Think You Can Fuck With Me Do Ya’, it’s that GIRLI is never down and out.

On the Ex Talk EP, the 23-year-old’s first full body of work since Odd One Out, the singer dials back the bubbling electro-pop for big pop-punk choruses.

Opener and lead single ‘Has Been‘, debuted last October, is the EP’s flagship flick. A dual attack on an ex-boyfriend and her ex record label, the singer begins her bounce back with style – “I’m gonna go and do my own thing baby,” GIRLI calls.

At other times, the singer’s heartbreak hits harder. Behind the euphoric chorus and seething delivery of ‘Letter to My Ex’ is a vulnerability which has the star admitting that, “all these cuts are still oozing, only been six weeks.”

Elsewhere, GIRLI amps up the guitars in the swinging choruses of ‘Passive Aggressive’ and ‘What a Shame!’. It’s a clever move too, showcasing the songwriter’s penchant for an earworm melody.

Ex Talk finisher ‘Throw Myself Away’ is a candid piece of self-reflection after all of the last year’s happenings. “Give me some love tonight,” GIRLI begs in what is the most stripped-back track of her career.

It’s a solemn note to finish the singer’s triumphant comeback on, but GIRLI has clearly learnt to embrace the power within.

Always a force to be reckoned with, the singer has had to roll with the punches like never before. And as made clear on Ex Talk, if it was ever in doubt, you can never write GIRLI off.

Are you a GIRLI fan? What’s your favourite track? Let us know @CelebMix on Twitter and @thecelebmix on Instagram.