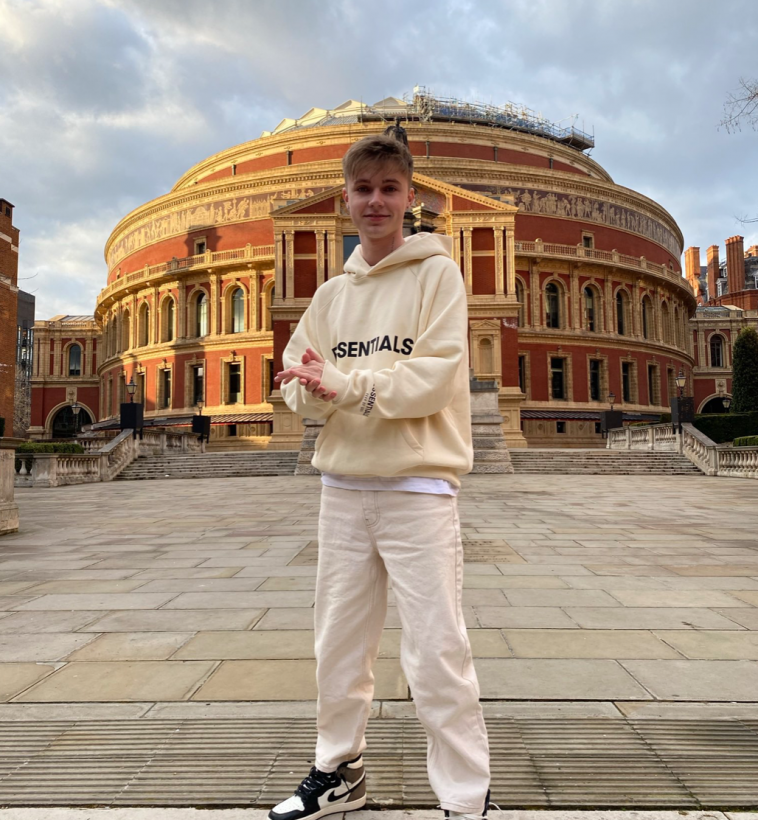 Every artist has moments in their career which fans will always look back on.

HRVY already has a list of those in the BBC Radio 1 Teen Awards performance in 2018, the Biggest Weekend set in 2019 and last year’s Strictly Come Dancing final.

Sunday night’s headline show at the Royal Albert Hall, beamed out to fans across the globe, could be one to top them all.

Over the past 12 months, the pop star has had to put music releases on the backburner.

A UK and Europe tour was postponed and plans for his long-anticipated debut album Can Anybody Hear Me? had to be scrapped due to the pandemic.

Instead, the 22-year-old focused his attentions on collaborations and projects such as Strictly Come Dancing, in doing so building his already sizeable fanbase of millions even more.

The singer’s first full live set in over a year on Sunday was more than a dusting off of the cobwebs, it was a slick performance that made it crystal clear that HRVY’s days as a ‘rising star’ are over – he is the real deal.

Musically directed by Chris Ligget and the dancing troop captained by Sophie Hind, two names ever-present in the HRVY rise, the big feel-good bangers and sharp routines made for thirteen tracks of pop perfection.

Before it all started however, fans were treated to a three-track set from Denis Coleman.

‘Make Friends’, a poignant take on virtual relationships in lockdown from that EP, proved a highlight of Coleman’s supporting set.

Upcoming single ‘Wrong Reasons’ sounds like it could be the singer’s best yet and latest release ‘Tangerine’ also proved the youngster’s reputation as one-to-watch.

That track, released alongside Matoma last year, was one of many in the evening’s set that fans were yet to see in full swing at a HRVY live show.

The bubbling ‘Unfamiliar’ and R3HAB collab ‘Be Okay’ were two others fans had waited so long to see like this – the latter’s message of optimism prompting an emotional outpouring from fans online.

Singles ‘ME BECAUSE OF YOU’ and ‘NEVERMIND’, from that cut debut record, also made appearances.

Performed with such confidence, fans no doubt missed the era that never was. Yet, delivering the Royal Albert Hall set with such determination, it’s clear HRVY was right to re-think that debut album with so much growth done as an artist this year.

Proof of that growth came with the singer’s cover of Olivia Rodrigo’s ‘Driving Licence’.

The trending song of 2021 so far, taking on the hit was always going to be a brave move – let alone delivering it with stripped-back production – but the star’s live vocals carried it seamlessly.

Closing on the track that saw HRVY first hit the headlines in 2017, the ever-so-cheesy ‘Personal’ was delivered with swagger and a knowing wink back at the four-year journey that has led the star here.

It was a night to remember for both HRVY and fans, and a teaser for the live shows set to take place at the end of 2021.

At just 22 years old, the Royal Albert Hall may have seemed ambitious, but it proved yet another landmark moment on the seamlessly endless HRVY rise.